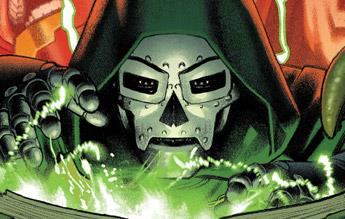 The Marvel Universe Descends into Chaos in the Darkhold Alpha #1!
Jun 14, 2021

The wait is over! After months of speculation, the highly-anticipated DARKHOLD saga will begin this September!

The Marvel Universe Loses Its Sorcerer Supreme in 'Death of Doctor Strange' #1
Jun 07, 2021

The X-men's World Goes Up in Flames in Jonathan Hickman's Inferno
Jun 07, 2021

Survive the Grim Darkness of the Far Future with 'The Sisters of Battle'
Jun 04, 2021