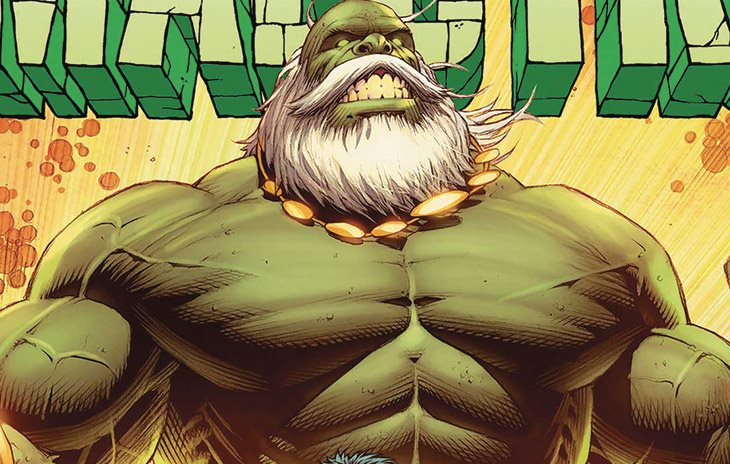 Marvel Comics Products In The May/June PREVIEWS May 22, 2020 Every month, PREVIEWSworld.com provides a list of new monthly products arriving from Marvel Comics. See what they have in the new PREVIEWS catalog!
Marvel

Daredevil Annual, Empyre, X-Men titles, and much more were revealed by Marvel! See titles coming to comic shops this August!

As fans everywhere prepare for the return of new Marvel comics at their local comic shops next week, Marvel is thrilled to reveal its release schedule for comics and collections through the rest of July!

The soaring sentinel of the space-ways may have finally met his match in the all-new series Fantastic Four: Antithesis – the first full-length Fantastic Four story ever illustrated by industry legend Neal Adams!

The new Maestro series from Marvel will answer questions that have haunted Hulk fans for years – and inspire some new ones along the way!

Marvel has launched of a brand-new digital series, Marvel Presents: The World's Greatest Book Club with Paul Scheer, a six-episode weekly series celebrating your favorite comics and the community around them.

When we look back on any great story that we truly love, we always remember the moments. So, here are 8 of our favorite moments from the first 200 issues of Ultimate Spider-Man!

The Infinity Stones have played a key role in some of the Marvel Universe’s most defining moments, and now they’ve returned in the hands of Marvel’s most popular new characters. The chase for the powerful Infinity Stones will play out in Infinite Destinies, launching this summer!

Marvel Super Hero Shang-Chi will be getting a brand-new limited series this June. Gene Luen Yang will be teaming up with artists Dike Ruan and Phillip Tan to craft the modern adventures of Marvel’s beloved master of the martial arts!

The Rise of Ultraman #1 will revisit the classic first generation of the worldwide phenomenon, co-helmed by writers Kyle Higgins and Mat Groom with art by Francesco Manna.