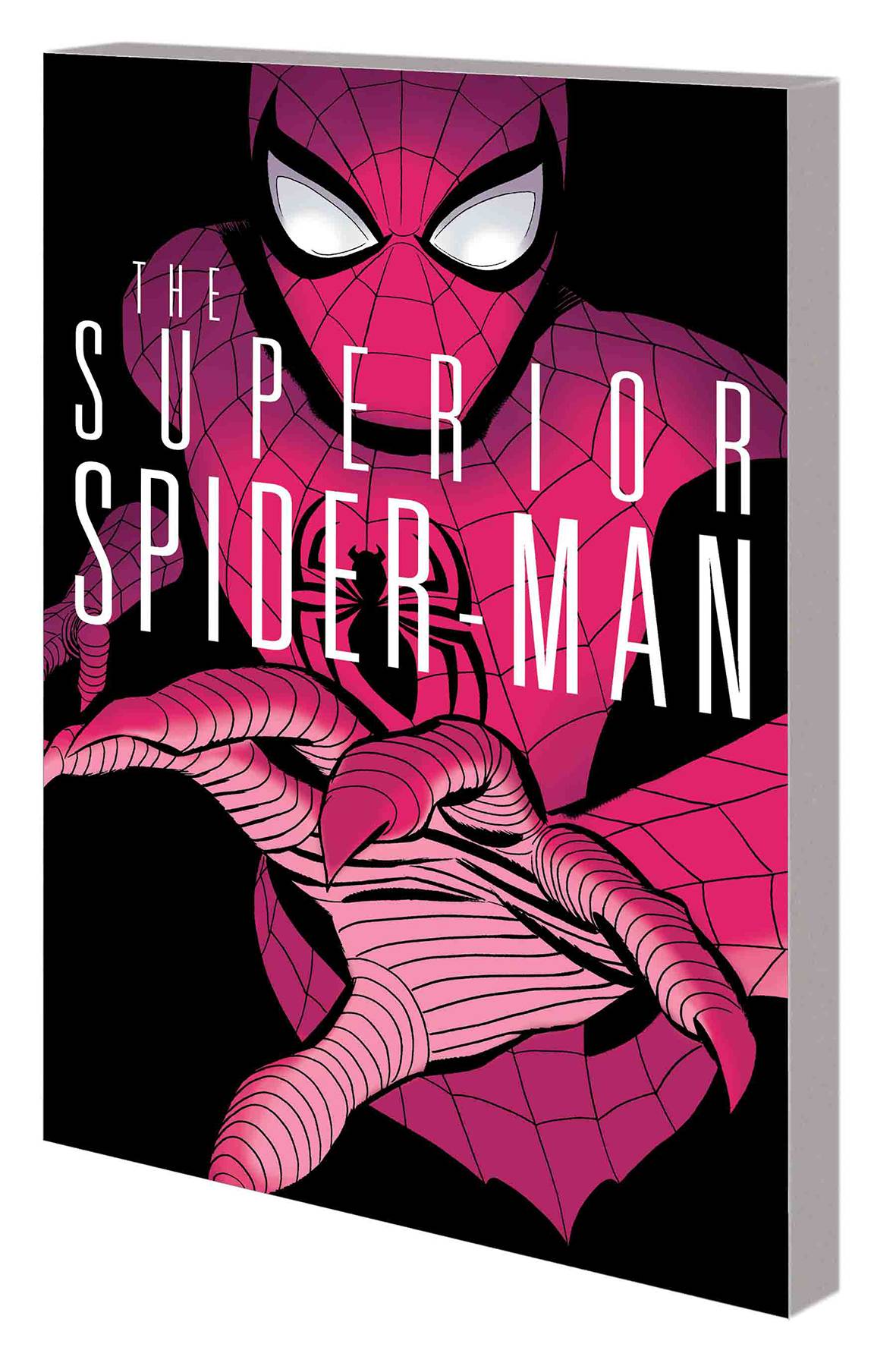 #
JAN181068
(W) Dan Slott, Christos Gage (A) Richard Elson, Humberto Ramos, Ryan Stegman, Giuseppe Camuncoli (CA) Marcos Martin
Doctor Octopus claims the ultimate victory over Spider-Man! After years of defeats at the wall-crawler's hands, Otto Octavius achieves the unthinkable - putting his mind in the body of Peter Parker! As one Amazing era ends, a new one begins for a smarter, stronger, Superior Spider-Man! And he'll prove it, by donning an upgraded costume - and taking on the all-new Sinister Six! But things aren't so friendly in this Spidey's neighborhood - and his more ruthless approach to crimefighting is cause for concern for his "fellow" heroes. Will his violent actions mean Spider-Man is an Avenger no more? Featuring classic foes including the Vulture and the Green Goblin, and new friends such as Anna Maria Marconi, this is Spider-Man like you've never seen him before - but whatever happened to the real Peter? Collecting AMAZING SPIDER-MAN (1999) #698-700 and SUPERIOR SPIDER-MAN #1-16.
Rated T+
In Shops: Apr 25, 2018
SRP: $39.99
View All Items In This Series
ORDER WISH LIST