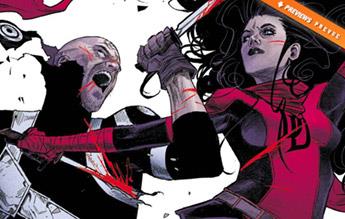 It's the grudge match of the century: BULLSEYE VS. ELEKTRA! Take a look inside Daredevil #35 from Marvel.