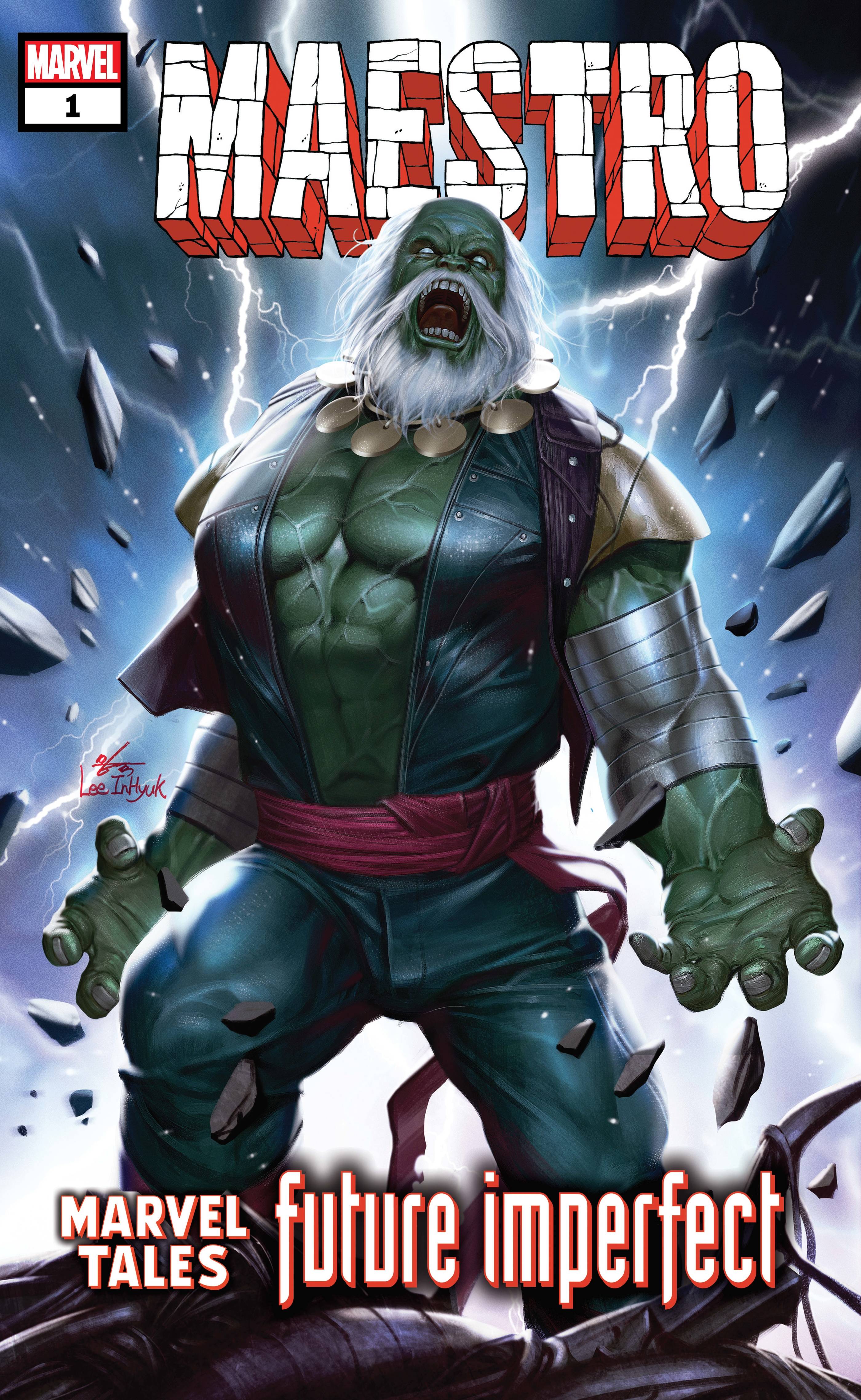 #
JUN200655
(W) Peter David (A) George Perez (CA) Inhyuk Lee
Explore a dark vision of the future as we celebrate the legacy of the House of Ideas with the era-spanning MARVEL TALES! This anthology series shines a spotlight on fan-favorite characters, features timeless stories and highlights some of our most impressive talent from the past eight decades. A hundred years from now, a ravaged world is ruled with a giant green fist by the gamma-spawned tyrant who calls himself the Maestro! In desperation, a ragtag group of freedom fighters reach back into the past for the one being who might be able to end the Maestro's reign - the Incredible Hulk! But when titans clash, who will be the strongest one there is? The classic tale from definitive Hulk writer Peter David and legendary artist George Pérez, HULK: FUTURE IMPERFECT (1992) #1-2, is presented in all its gamma-powered glory! Collecting HULK: FUTURE IMPERFECT (1992) #1-2
Rated T
In Shops: Aug 05, 2020
SRP: $7.99
ORDER WISH LIST