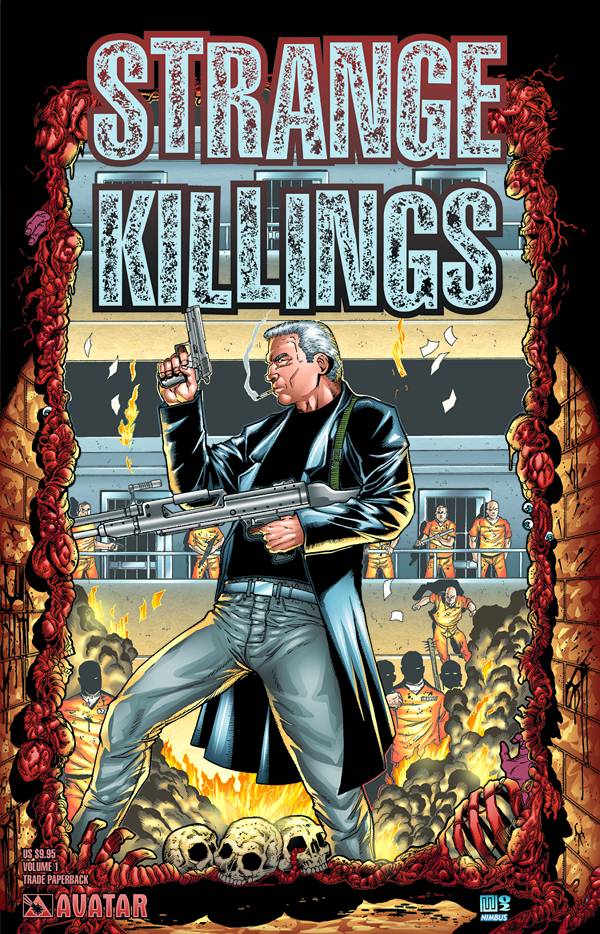 #
STAR17794
(W) Warren Ellis, Mike Wolfer (A/CA) Mike Wolfer
This TPB is the third installment, after Strange Kiss and Stranger Kisses,  of the on-going adventures of William Gravel, Combat Magician. For the second time in history, the British Government sends in its crack troops, the Special Air Service, to quell a major prison riot.  But not even these, the most accomplished and frightening soldiers on Earth, are equipped to face what lies at the center of the prison, the heart of the riot.  In fact the only man in the SAS qualified to deal with the horror within is the recently disgraced Sergeant Major William Gravel: combat magician.  But inside the prison lies a man waiting to fight with more than mortal weapons.  The will be at least one more strange killing this evening.
In Shops: N/A
SRP: $9.95