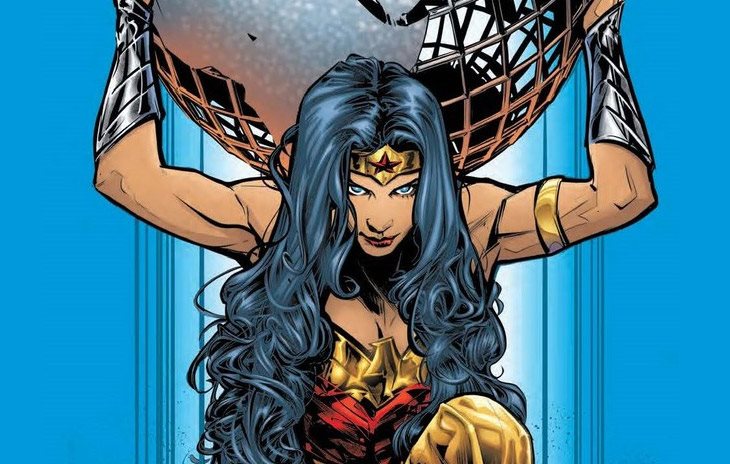 Featured This Week Comics, Graphic Novels & Toys for 1/22 Jan 19, 2020 Every week PREVIEWSworld calls attention to those comics, graphic novels, and toys which stand out from all the rest. These titles can be found at your local comic shop on January 22nd!
Features

They're the children of the atom! Brought together to defend a world the fears and hates them. I'm talking about those Uncanny X-Men, of course.

Ani-Mia and her rotating guest of comic fans, comic professionals, and the comic book curious sit down to discuss Batman Hush.

Wes Craig talks about his collaborative process with Rick Remender, his creative inspirations, and shows us how he masters the deadly art of Deadly Class.

While Venom's away, the children will play! Dylan Brock and Normie Osborn have survived the trials of Absolute Carnage, but what's next for the Goblin Childe and the Son of Venom?

PREVIEWSworld gives you your first look at the official list of products coming to your local comic shop on January 22nd! Among the titles is Marvel Comics' Amazing Spider-Man #38, and much more!

PREVIEWSworld gives you your first look at the Premier Publisher titles coming to your local comic shop on January 29th. Titles include Detective Comics Annual #3 from DC, and more!

PREVIEWSworld ToyChest has your official release list of toys and other pop-culture merchandise on sale January 22nd at your local comic shop!

See the big books from our Premier Publishers in the October PREVIEWS! Get ready for new titles from BOOM! Studios, Dark Horse, DC, Dynamite, IDW, Image, and Marvel!

Check out all of the NEW trade paperbacks and graphic novels that are available at your local comic shop on 1/15. Titles include Lazarus TP Vol. 9, Amazing Spider-Man Epic Collection, Green Lantern Legacy TP, and more!

Johnson Previews the Year Ahead for Titan's Blade Runner
Jan 14, 2020

Blade Runner co-writer Mike Johnson talks with PREVIEWSworld about the second arc of the Titan comic series and the FCBD one shot coming in May!

Jason Aaron and John Cassaday's Star Wars #1 from Marvel Comics was the best-selling comic book of the 2010s. See the Top 100 of the past decade now!

Robert Kirkman's The Walking Dead Volume 1, the first volume of his zombie series published by Image Comics and the inspiration for the hit television series, was the best-selling graphic novel of the decade.

Tired of the same old series piling up in your pullbox? Need some new comics to get into? Here are five new comics with fresh jumping on points you can start reading this week!

The January PREVIEWS catalog is full of great comics for young readers. This month you can preorder titles like Sonic, Avatar, Spider-Man/Venom, Casper, and more!

With the 2010s officially in the books, we're taking a look back at some of most memorable and impactful books of the past decade along with a few honorable mentions we think you should read.

Inside January's PREVIEWS: Transformers vs. Terminators, Mandalorian, And More!
Jan 03, 2020

These six stellar titles may have passed you by in 2019, but here's one more chance to discover what you missed.

Comic Books in 2020: 15 Exciting Things To Look Out For! Here's what the internet is already buzzing about ahead of the new year.

With all the new comics coming to shops this week it can be overwhelming to choose what to read. Here are five new comics with fresh jumping on points you can read this week. Just start here.

The world of small press comics is vast and ever-evolving. Indie Edge is here to help you can find the perfect comic for those of you with fringe tastes.

For Sherlock, there was only ever one woman - now Irene Adler is on a mission to take down Moriarty! It's the League of Extraordinary Gentlewomen, as Adler teams up with a host of famous female faces from science, history and literature to defeat the greatest criminal mastermind of all time!

On the outskirts of Tokyo stands an all-girls boarding school for elite young women. But as the new school year rolls around, one tradition is going out the window...

See the big books from our Premier Publishers in the December PREVIEWS! Get ready for new titles from BOOM! Studios, Dark Horse, DC, Dynamite, IDW, Image, and Marvel!

Know Your Heroes: The Dark Designs of Jhonen Vasquez
Nov 22, 2019

From Invader Zim to Johnny The Homicidal Maniac - Jhonen Vasquez's creations inspired a generation to go goth. Here's why.