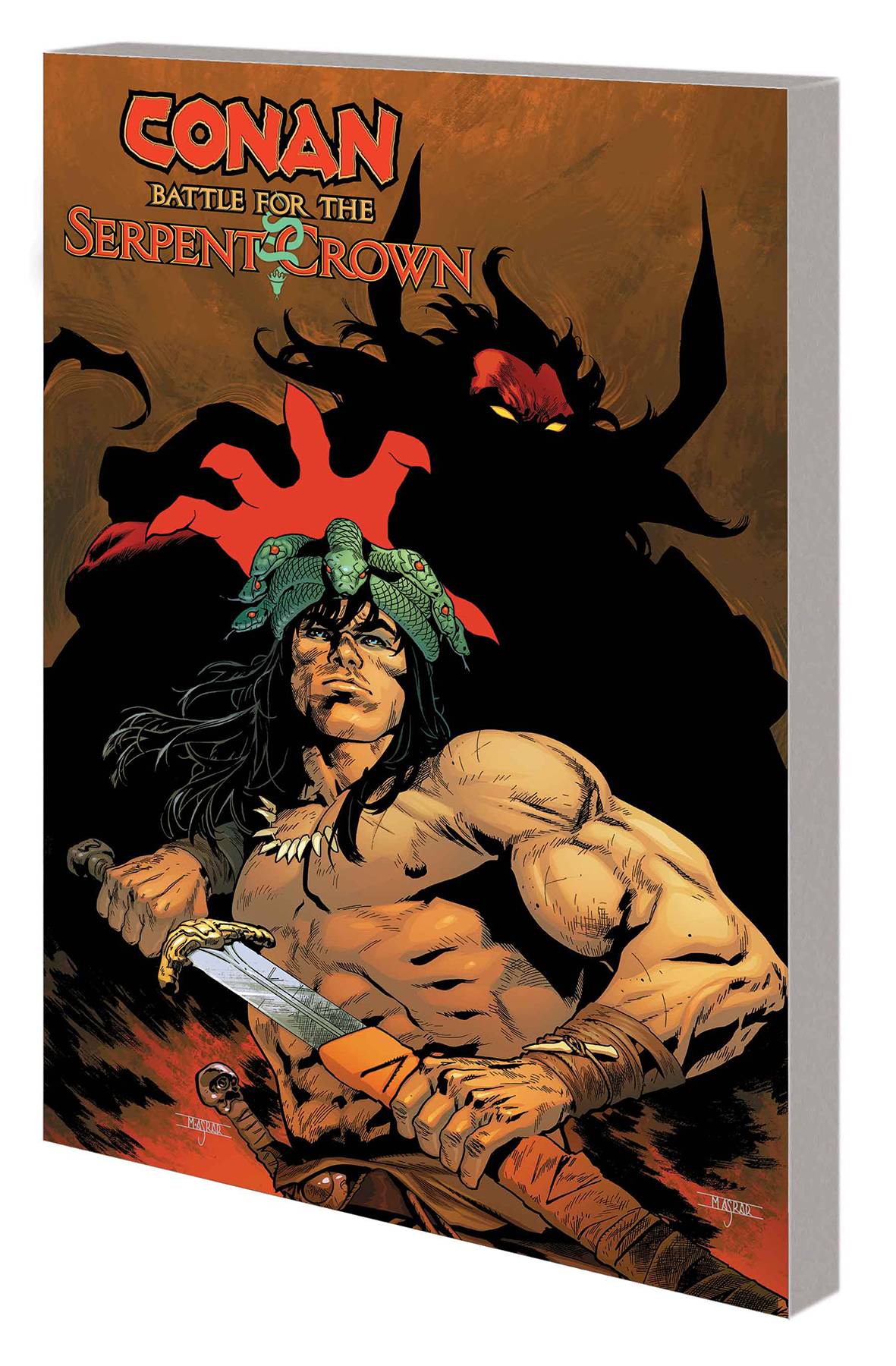 #
SEP200738
(W) Saladin Ahmed (A) Luke Ross (CA) Mahmud Asrar
A deadly quest and a daring heist - in the age of Marvels! Conan wanders the desert - but as he reaches a city, no Stygian temple or Vendhyan fortress greets him. No, something far stranger stands in wait: the lights of Las Vegas! Conan is far from home, and it's time for him to tread the thrones of the Marvel Universe under his sandaled feet! The City of Sin is just the beginning for Conan's solo jaunt as the barbarian finds himself on a quest for a relic that predates even his Hyborian Age: the Serpent Crown of Atlantis! But will his battle for this crown earn Conan his own kingdom or doom him to a nefarious trap laid by Mephisto? Collecting CONAN: BATTLE FOR THE SERPENT CROWN #1-5.
112 PGS./Parental Advisory
In Shops: Nov 25, 2020
SRP: $15.99
ORDER WISH LIST