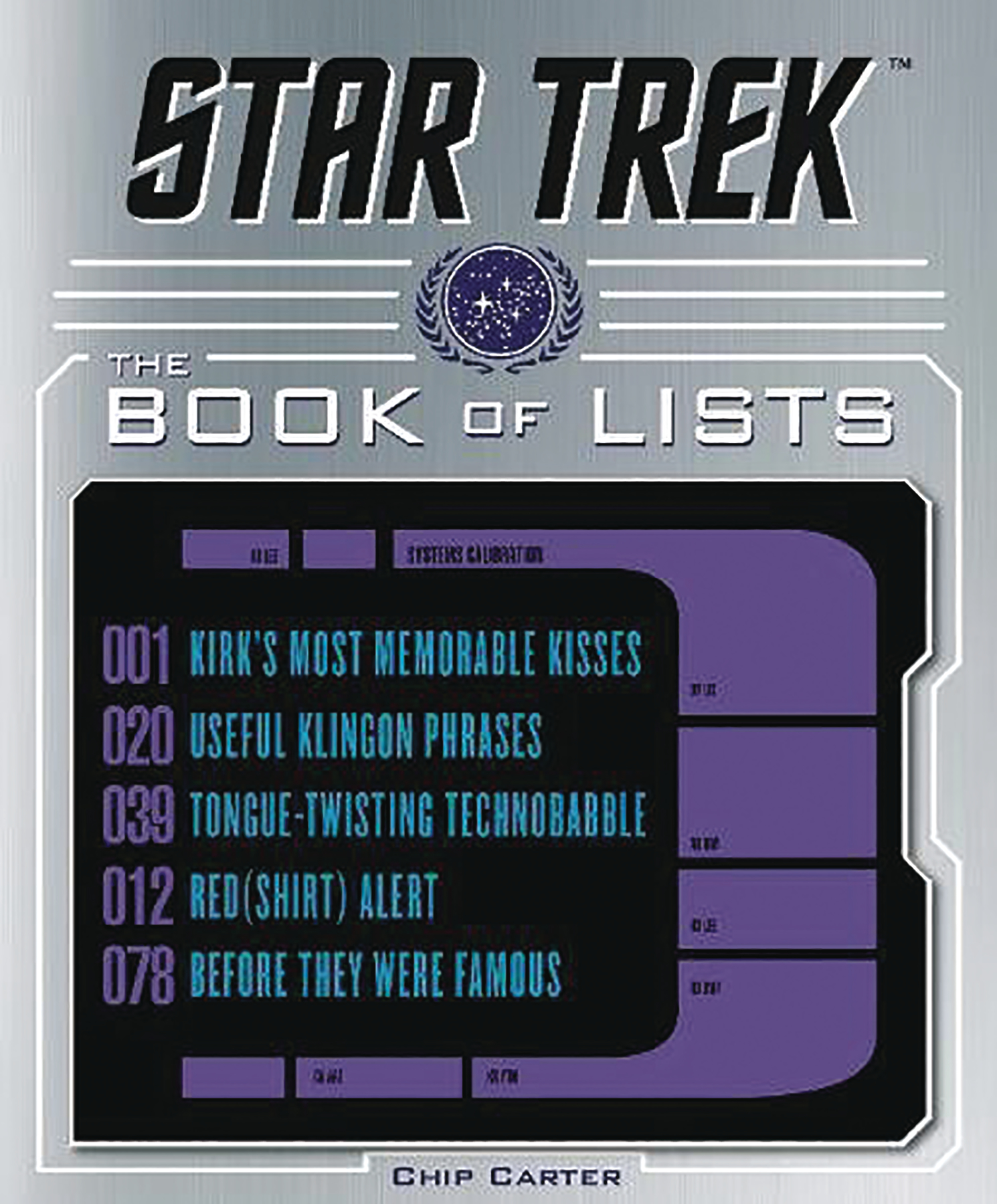 SEP172222
(W) Chip Carter
Spanning the epic science fiction franchise's fifty-one-year history, a breathtaking collection of the most compelling Star Trek facts and trivia, including events from both on and off-screen, available in 100 concise lists. Since Gene Roddenberry's original series first aired in 1966, Star Trek has become a pop culture phenomenon, and one of the largest global properties of all time. Entertaining and fun, Star Trek: The Book of Lists catalogs the most compelling facts about the original series and its spin-offs, as well as its thirteen films, gathered together and broken down into one hundred lists.
In Shops: Nov 08, 2017
SRP: $24.99
ORDER WISH LIST