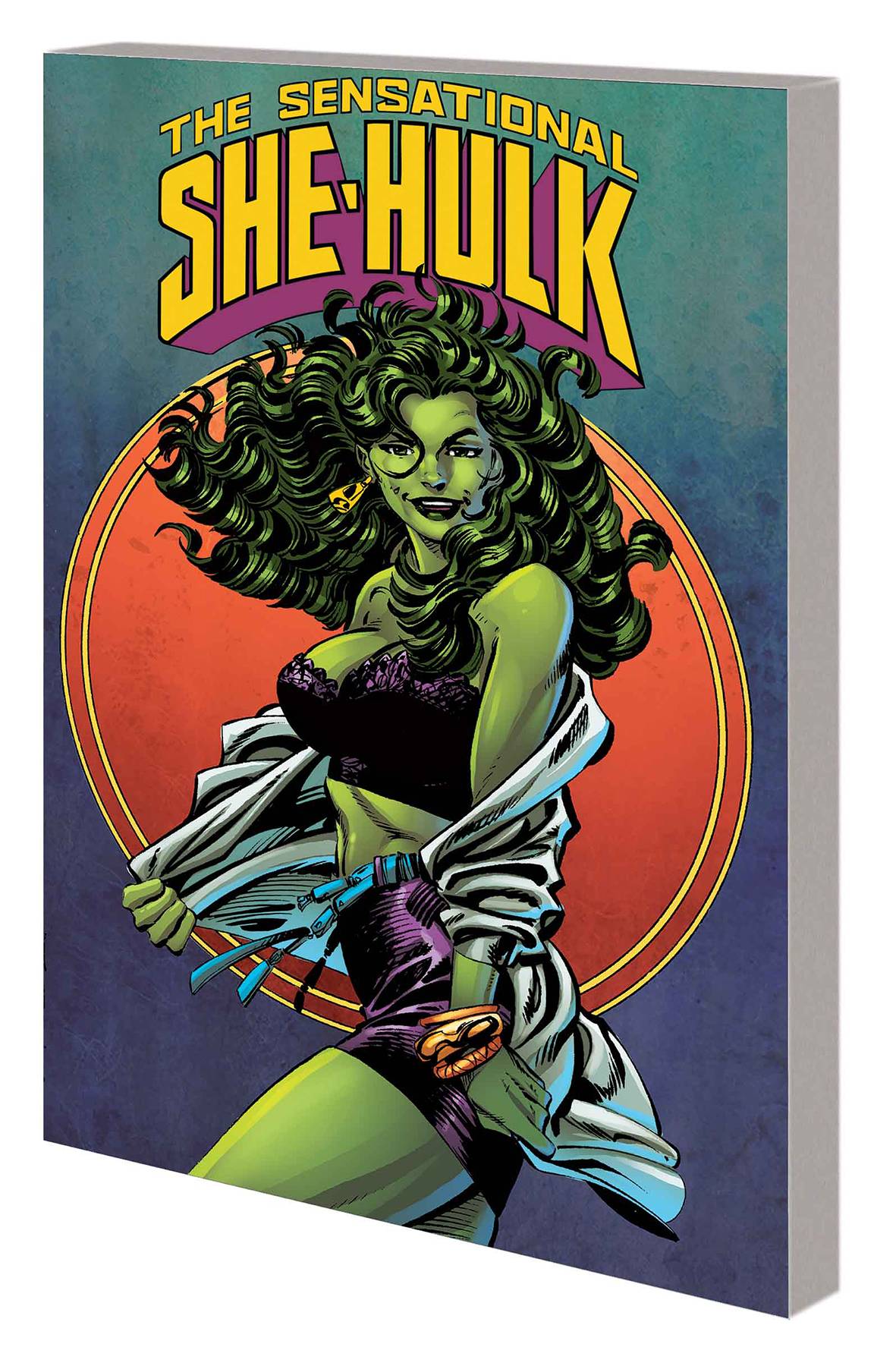 #
SEP161143
(W) John Byrne, Howard Mackie, Michael Eury (A) Various (CA) John Byrne
John Byrne makes his sensational return to the series he started, and She-Hulk's adventures as a super hero who knows she's in a comic book get wilder and more hilarious than ever! Shulkie will face problems high and low as her signature writer/penciler pits her against Spragg the Living Hill and sends her on a puntastic Jenny to the center of the Earth! But will she say "I do" to the Mole Man? She-Hulk will banter, body-swap, and battle tooth and nail as she tackles foes like the Black Talon and his Unliving X-Humed - and the Living Eraser, who may just wipe her out of comic-book continuity! But is She-Hulk's greatest nemesis Xemnu the Titan, or John Byrne himself?! Collecting SENSATIONAL SHE-HULK #31-46 and #48-50.
Rated T
In Shops: Nov 30, 2016
SRP: $39.99
ORDER WISH LIST