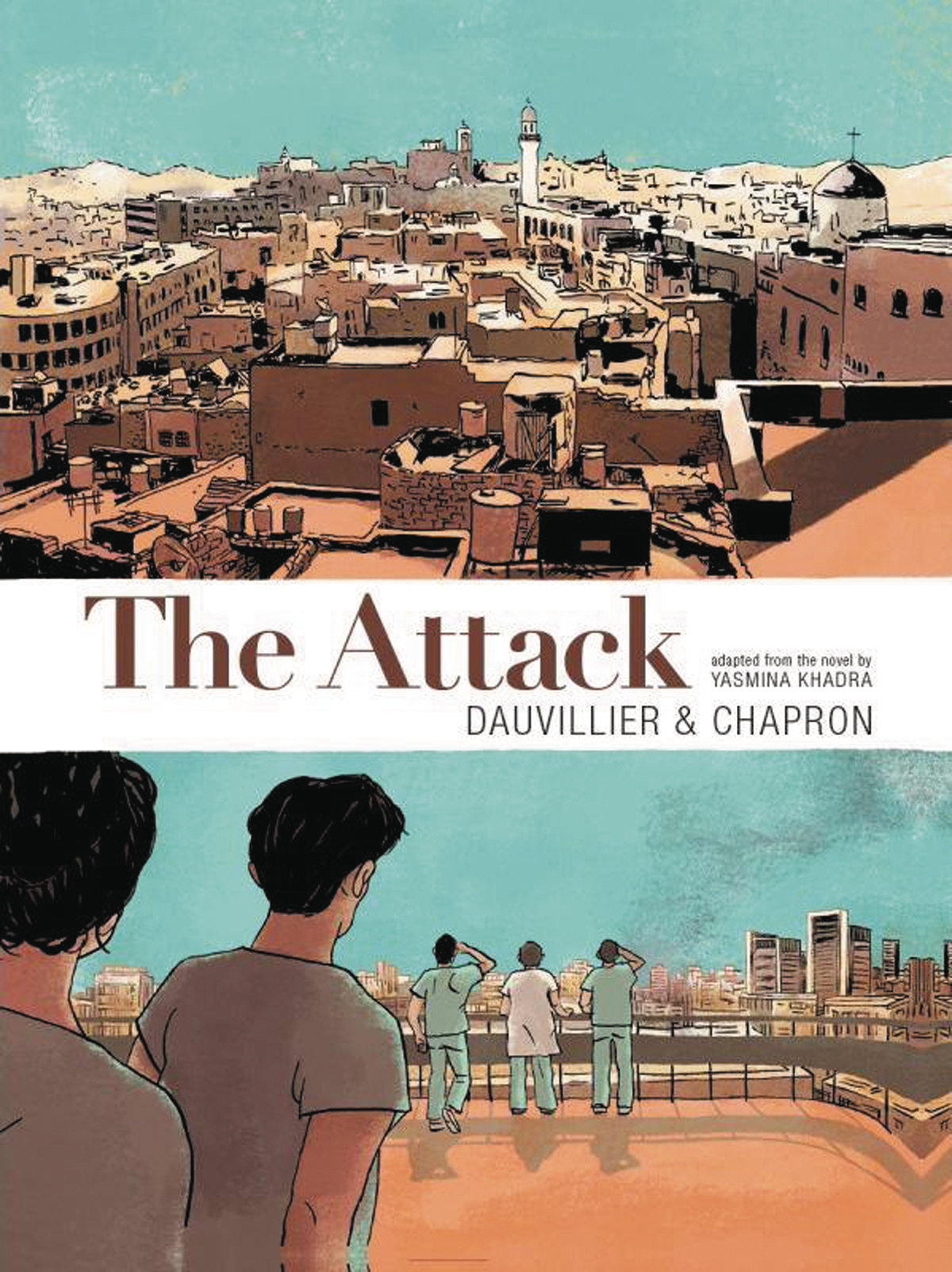 OCT161575
(W) Yasmina Khadra, Ivanka Hahnenberger, Loic Dauvillier, Glen Chapron (A) Glen Chapron (A/CA) Loic Dauvillier
Amin Jaafari, an Israeli surgeon of Palestinian origin, attempts to save the casualties of a suicide bombing. A day after the deadly attack, an Israeli police officer informs Jaafari that the suicide bomber was his wife, Sihem. They were leading an ideal life in Tel Aviv, moving among both Arab and Israeli society with ease, or so Jaafari thought. Desperate to understand how he missed even the slightest clue, Jaafari leaves the relative security of Israel and enters the Palestinian territories to find the fanatics who recruited her. In search of the truth, he confronts a reality that he had refused to see. The Attack is a poignant tragedy that mixes the intimacy of grief and betrayal with the futility of the Israeli-Palestinian conflict.
In Shops: Dec 14, 2016
SRP: $24.95
ORDER WISH LIST