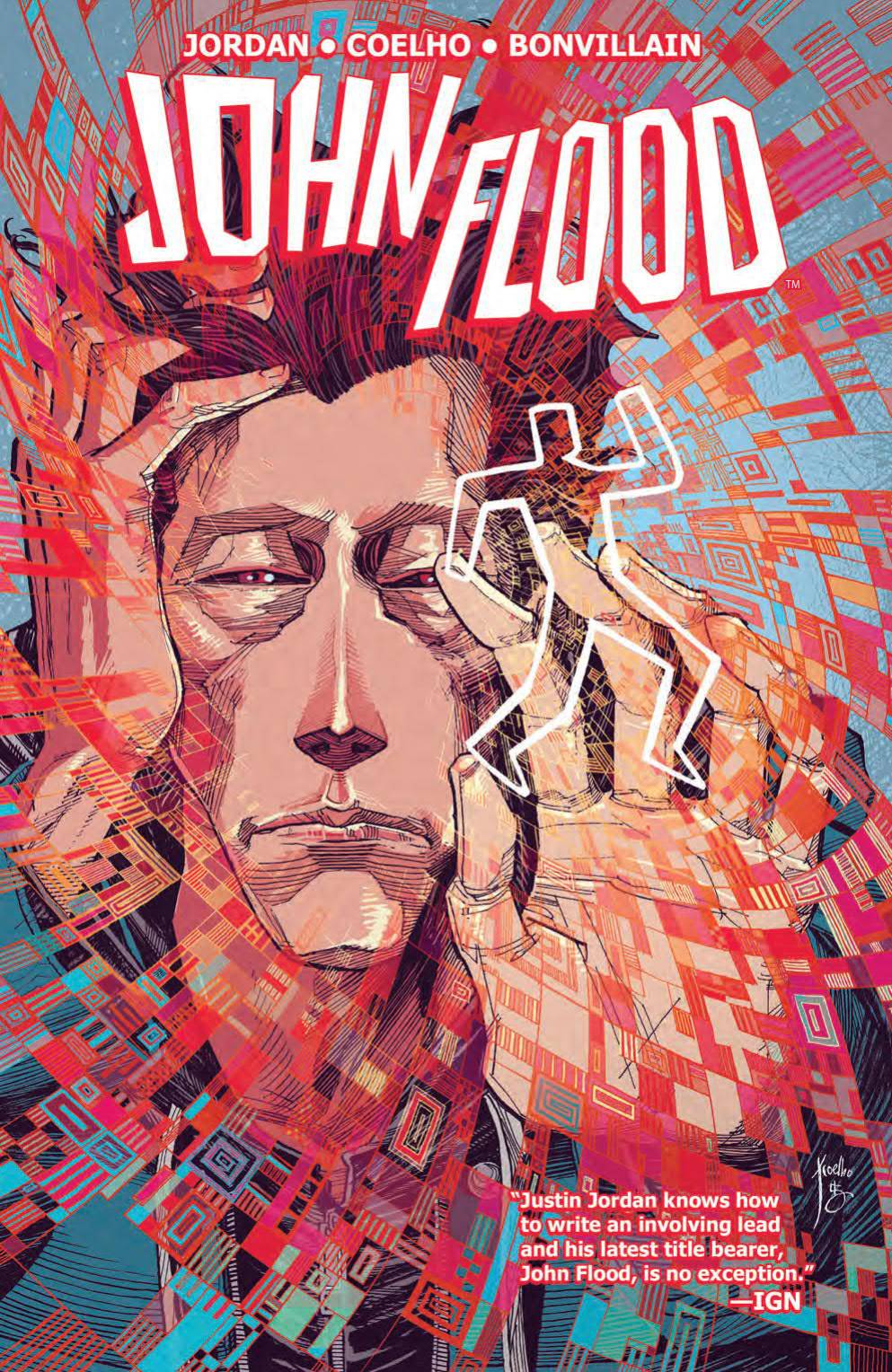 #
OCT161304
(W) Justin Jordan (A/CA) Jorge Coelho
Written by Justin Jordan (Sombra, The Strange Talent of Luther Strode) and illustrated by Jorge Coelho (The Haunted Mansion), John Flood is a mind-bending murder mystery that take readers on a wild ride to uncover the truth. As the result of shady corporate experiments, John Flood no longer needs to sleep. Instead, he lives in a constant dream-state where sometimes it's hard to decipher what's real and what isn't. A side effect of his supernatural insomnia allows him to see patterns and make connections no one else can. This ability serves Flood well in his new "career" as a makeshift private investigator, and he's recruited an ex-cop looking for redemption to be his assistant. When the pair begins to unravel the connection between thousands of unsolved and seemingly unrelated murders, Flood discovers the one secret that has eluded him: his own past.
Collects the complete limited series.
In Shops: Mar 15, 2017
SRP: $19.99