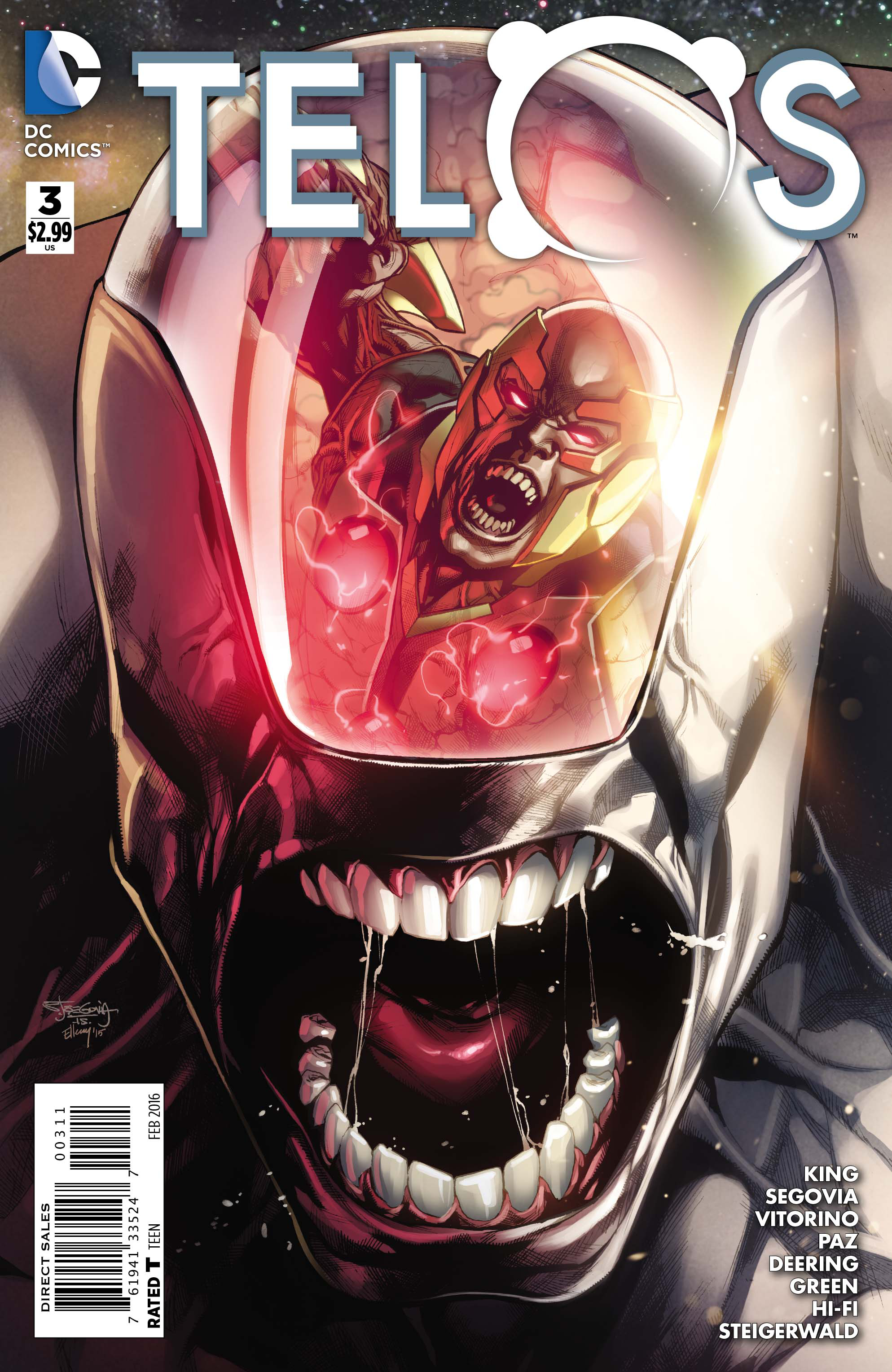 OCT150187
(W) Jeff King (A) Jason Paz, Igor Vitorino, Marc Deering, Dan Green (A/CA) Stephen Segovia
Telos battles Validus while his revolutionary allies-K'Rot, Captain Comet, Stealth and Techne-make a horrifying discovery about Computo. He's creating a super-powered clone army! Techne asks Telos to fight alongside her team. But is Techne who she seems? And will Telos abandon his personal quest for his fellow prisoners' cause?
In Shops: Dec 09, 2015
SRP: $2.99
View All Items In This Series
ORDER WISH LIST