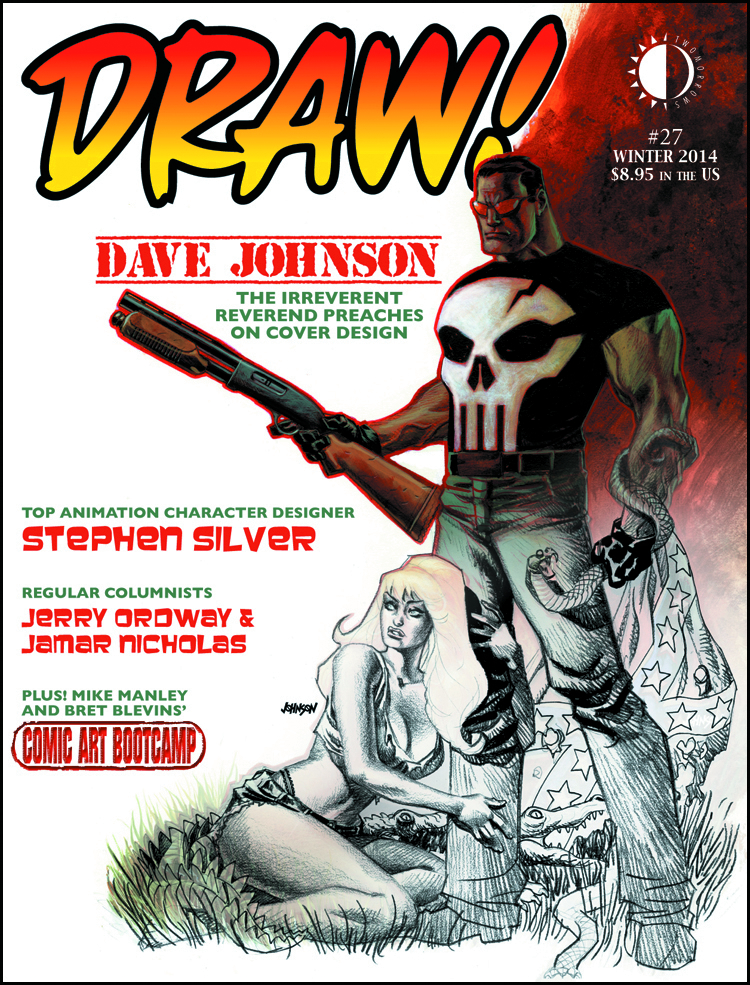 OCT131528
In Draw! #27, the professional "how-to" magazine on comics and animation, we cover the "Cover Guy", Dave Johnson! From 100 Bullets to Deadpool, Punisher Max and more, Johnson gives us an intensive blow-by-blow on the creative process that makes him a top cover artist for Marvel, DC, Image, and others. Also: Even if you don't know his name, you've seen Stephen Silver's work as one of today's most in-demand character designers, for shows such as Kim Possible, Danny Phantom, and Kevin Smith's animated Clerks series. Silver even has his own Character Design App, and will walk you through his approach to creating the look for some of the most recognizable creations in Hollywood.
In Shops: Mar 12, 2014
SRP: $8.95
View All Items In This Series