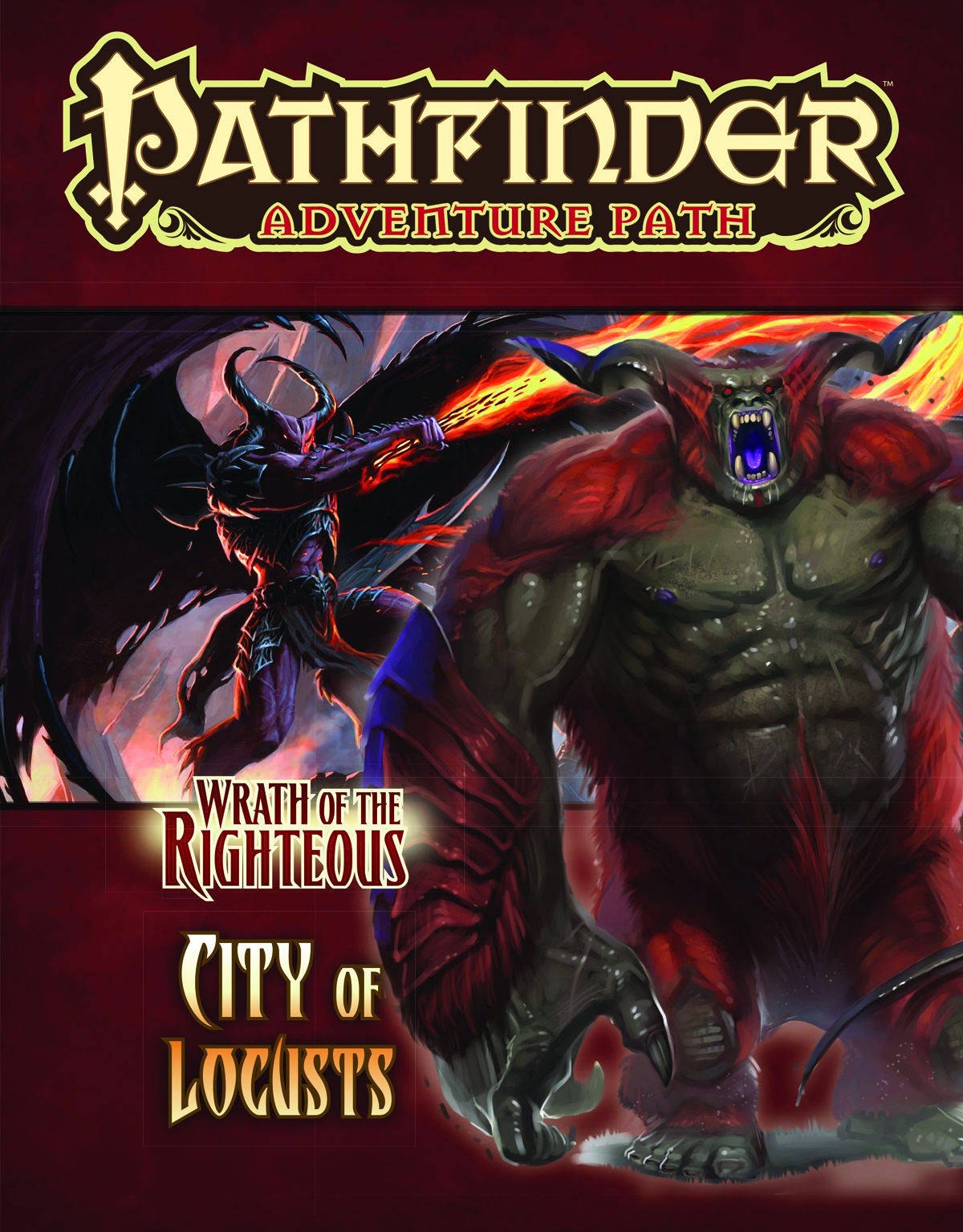 NOV132530
(W) Richard Pett
The heroes of the Fifth Crusade have risen to heights of power undreamed of and have dealt blow after blow to the demonic armies of the Worldwound. As they return to Golarion from the Abyss, though, they find that their enemies are no longer sending minions after them - they've drawn the attention of not only the leaders of the Worldwound, but that of their demonic patron, Deskari, Lord of the Locust Host. The method for closing the Worldwound permanently lies within the heroes' grasp, but in order to do so they must venture where no crusader has ever returned from intact. They must enter the crumbling City of Locusts to defeat its demonic ruler, but even this is but a stepping stone to the final battle against Deskari himself!
In Shops: Mar 12, 2014
SRP: $22.99
ORDER WISH LIST