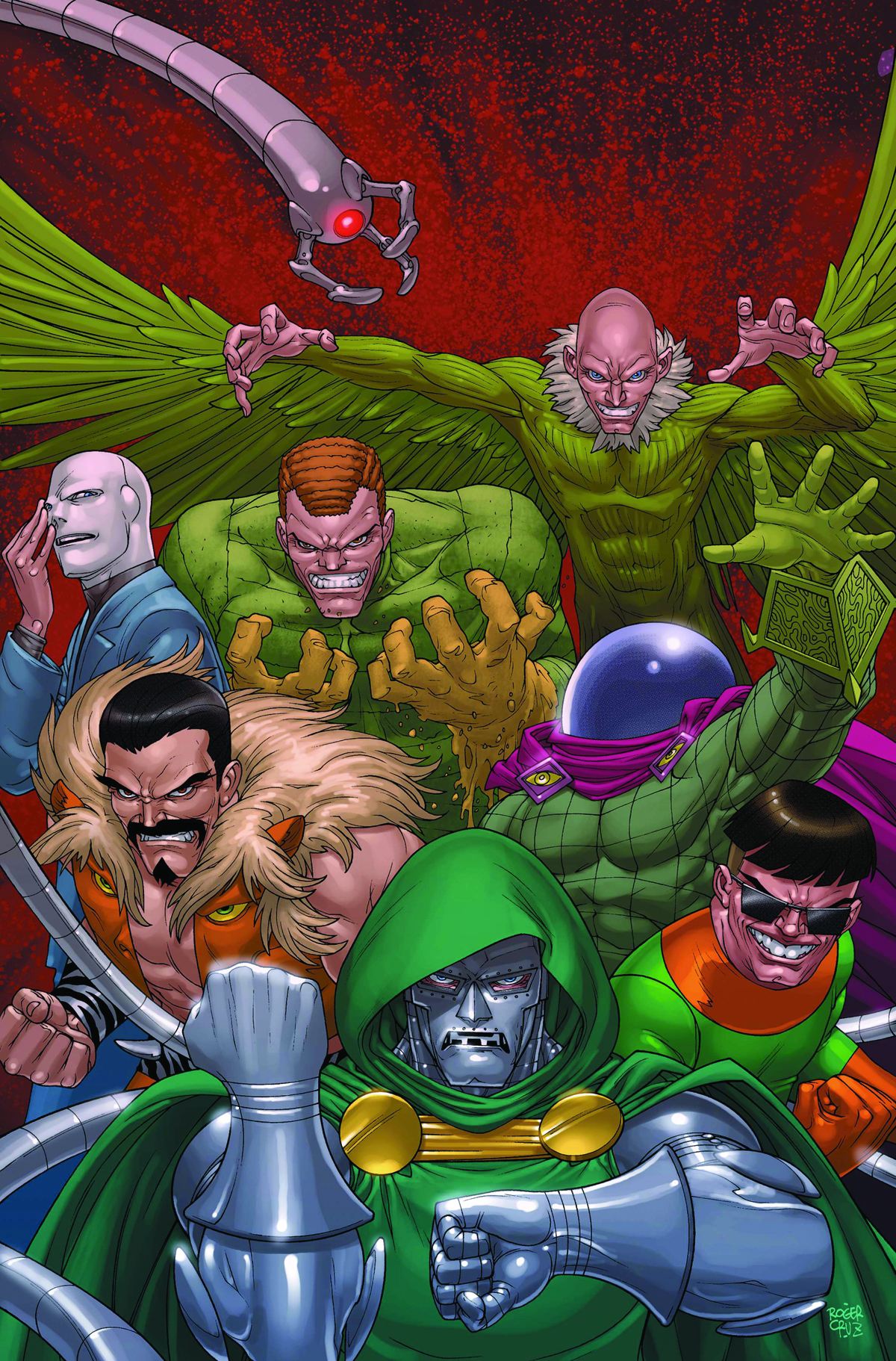 NOV082371
(W) Paul Tobin (A) Jacopo Camagni, Patrick Scherberger (CA) Roger Cruz
Written by PAUL TOBIN
Art by PATRICK SCHERBERGER
Cover by ROGER CRUZ
ALL NEW TALES!!! You've gotta ask yourself: If Doctor Doom's the most evil guy ever, how much more evil's it gonna
get when he puts a whole TEAM of VILLAINS to work? It's the series where the bad guys get their say, and the Sinister
Six are saying they aren't sinister enough! So, what's the solution? How about Kraven stealing a vibranium staff from the
Louvre? Sweet! And how about Electro designs a new suit to better channel his powers? Great idea! And how about ramping up Mysterio's powers by breaking into Stark Industries to steal a miniaturized super-component, battling both Iron Man and Dr. Strange in the process?
32 PGS./Rated T+ ...$2.99