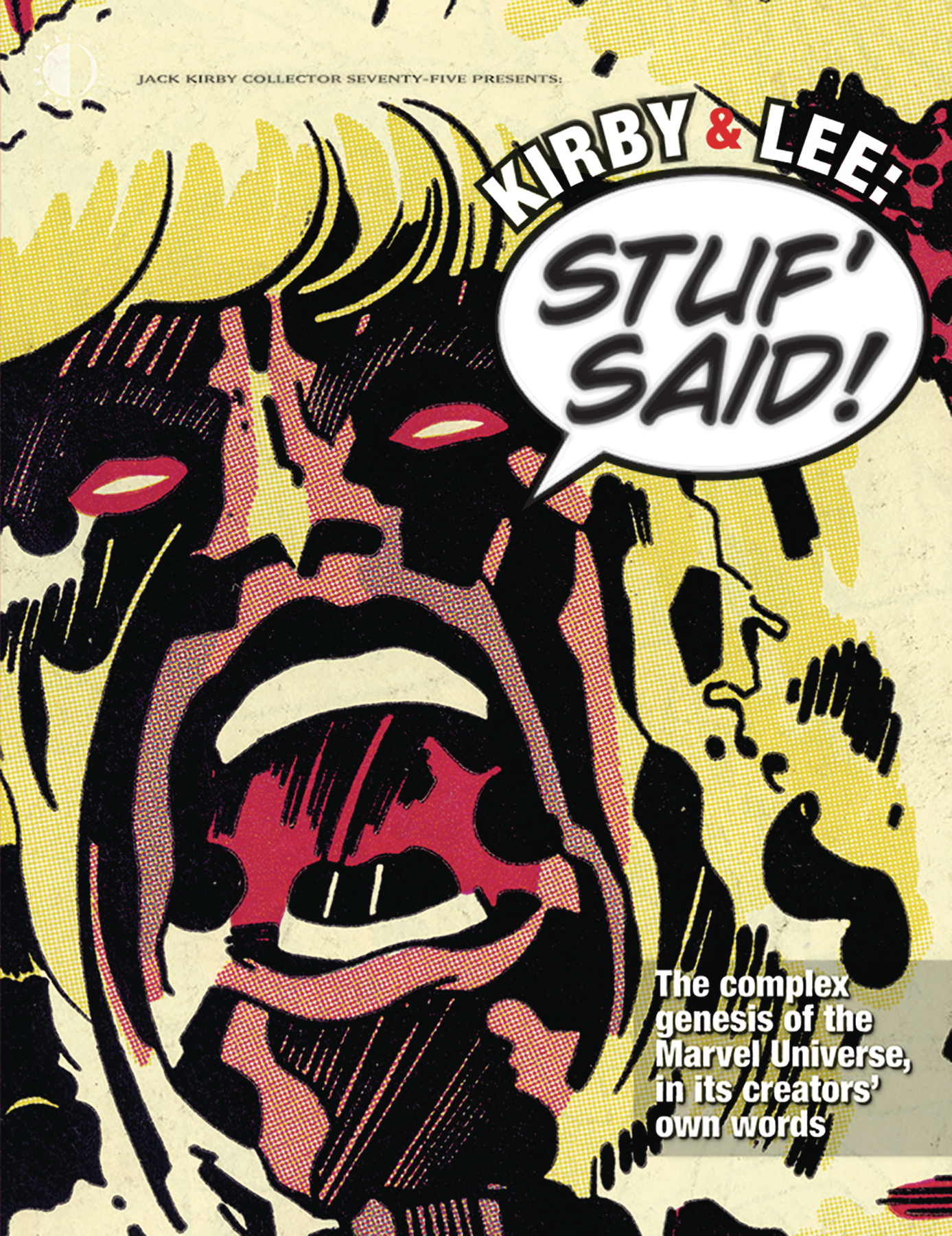 MAY182059
For its 75th issue, the Jack Kirby Collector magazine presents this first-of-its-kind examination of the creators of the Marvel Universe, in an oversize book! It looks back at their own words, in chronological order, from fanzine, magazine, radio, and television interviews, to paint a picture of Jack Kirby and Stan Lee's relationship, why it succeeded, where it deteriorated, and when it eventually failed. Also here are recollections from Steve Ditko, Wallace Wood, John Romita Sr., and more Marvel Bullpen stalwarts who worked with both Kirby and Lee. Rounding out this book is a study of the duo's careers after they parted ways as collaborators, including Kirby's difficulties at Marvel Comics in the 1970s, his last hurrah with Lee on the Silver Surfer Graphic Novel, and his exhausting battle to get back his original art - and creator credit - from Marvel.
In Shops: Jan 16, 2019
SRP: $24.95