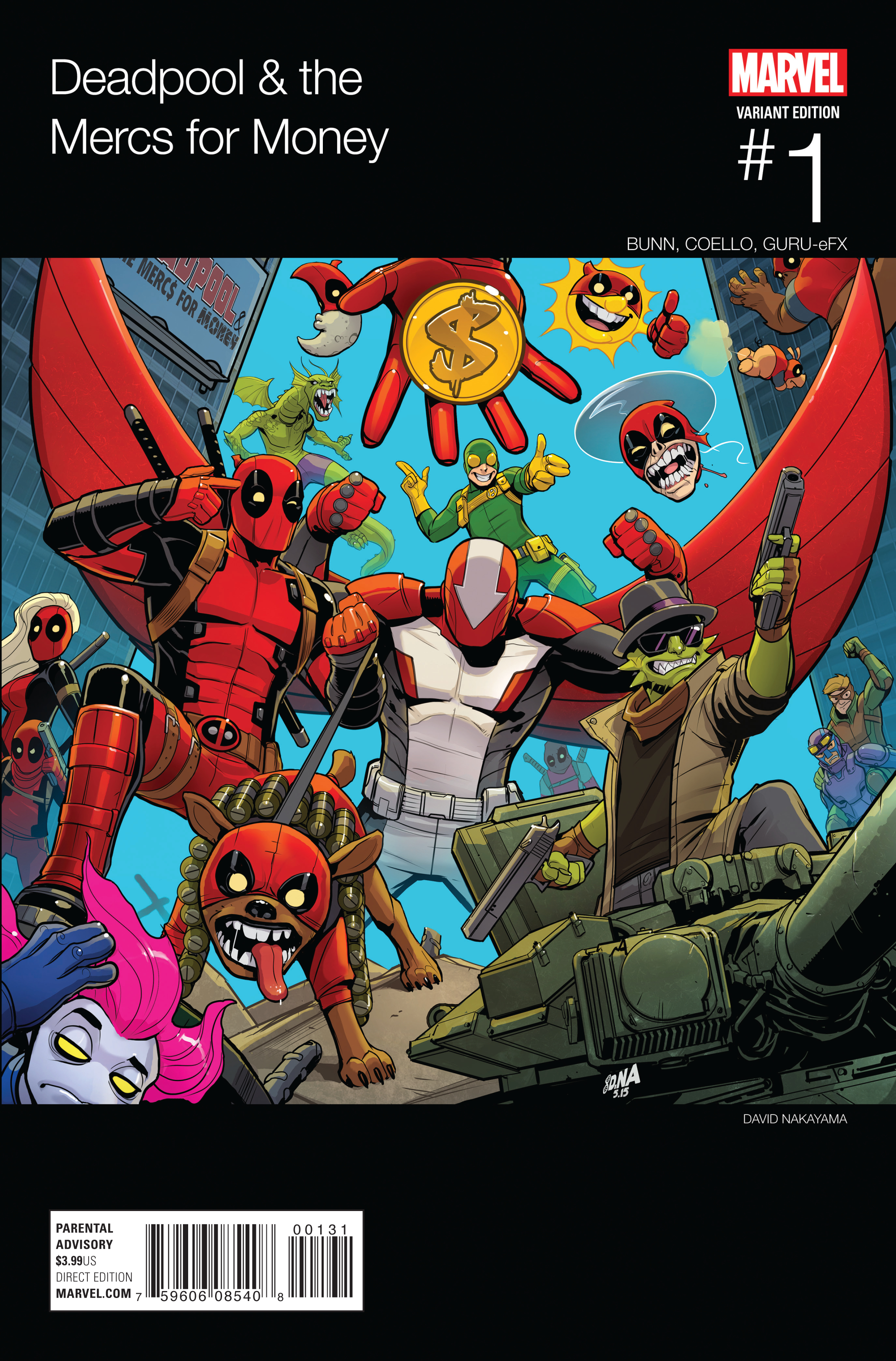 MAY160801
(W) Cullen Bunn (A) Iban Coello (CA) David Nakayama
Deadpool is one of the best mercenaries on the planet. He may even be a passable Avenger-jury's still out. But one thing's for sure-Deadpool is a terrible team leader. Think we're lying? Ask the Mercs for Money! Deadpool's taken on a new high-paying mission to take out radioactive super villains...and his Mercs aren't nearly as immune to radiation as his healing-factored heinie is. Deadpool veteran Cullen Bunn brings us mo' mercs, mo' money and naturally, mo' problems.
Parental Advisory
In Shops: Jul 20, 2016
SRP: $3.99
View All Items In This Series