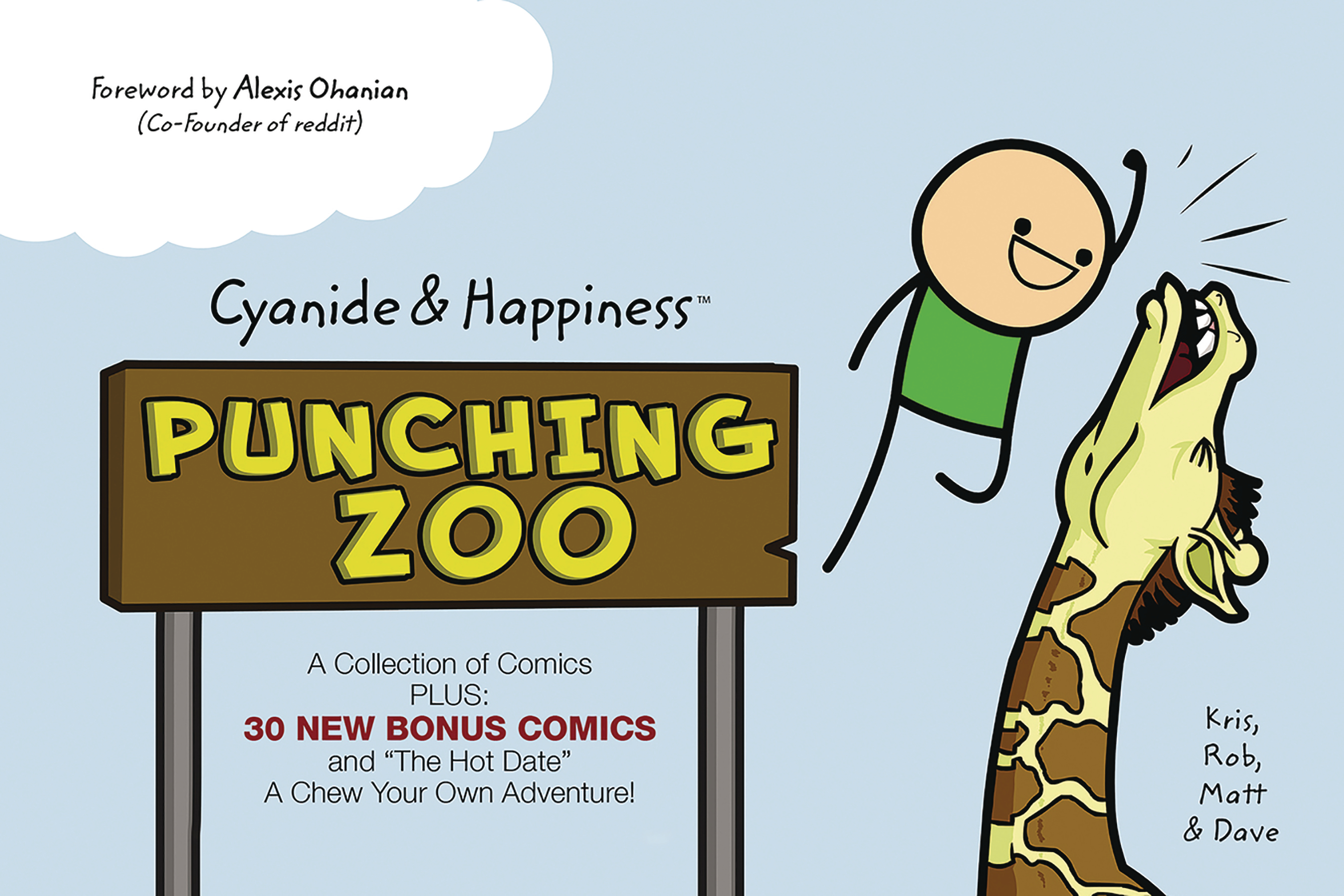 MAY141179
(W) Kris Wilson, Rob DenBleyker, Matt Melvin, Dave McElfatrick (A/CA) Kris Wilson, Rob DenBleyker, Matt Melvin, Dave McElfatrick
One of the most popular and successful webcomics has found a new home at BOOM! box! If you are on the Internet, you've read CYANIDE & HAPPINESS. Generating over a million hits a week, the webcomic is one of the longest-lasting strips out there, and everyone can relate to its hilarious slice-of-life depictions. Since the dawn of man, stick figures have been used as an important device for storytelling. CYANIDE & HAPPINESS has taken this language and mashed it up with Internet culture, bringing us some of the best satire and dark comedy out there. One of the most popular and successful webcomics, like, ever, CYANIDE & HAPPINESS has consistently offered up a humorous look at life - in stick figure form - and we are big fans. The experimental, hilarious voice of CYANIDE & HAPPINESS embodies the spirit of BOOM! Box and we jumped at the chance to collect it.
In Shops: Sep 10, 2014
SRP: $14.99