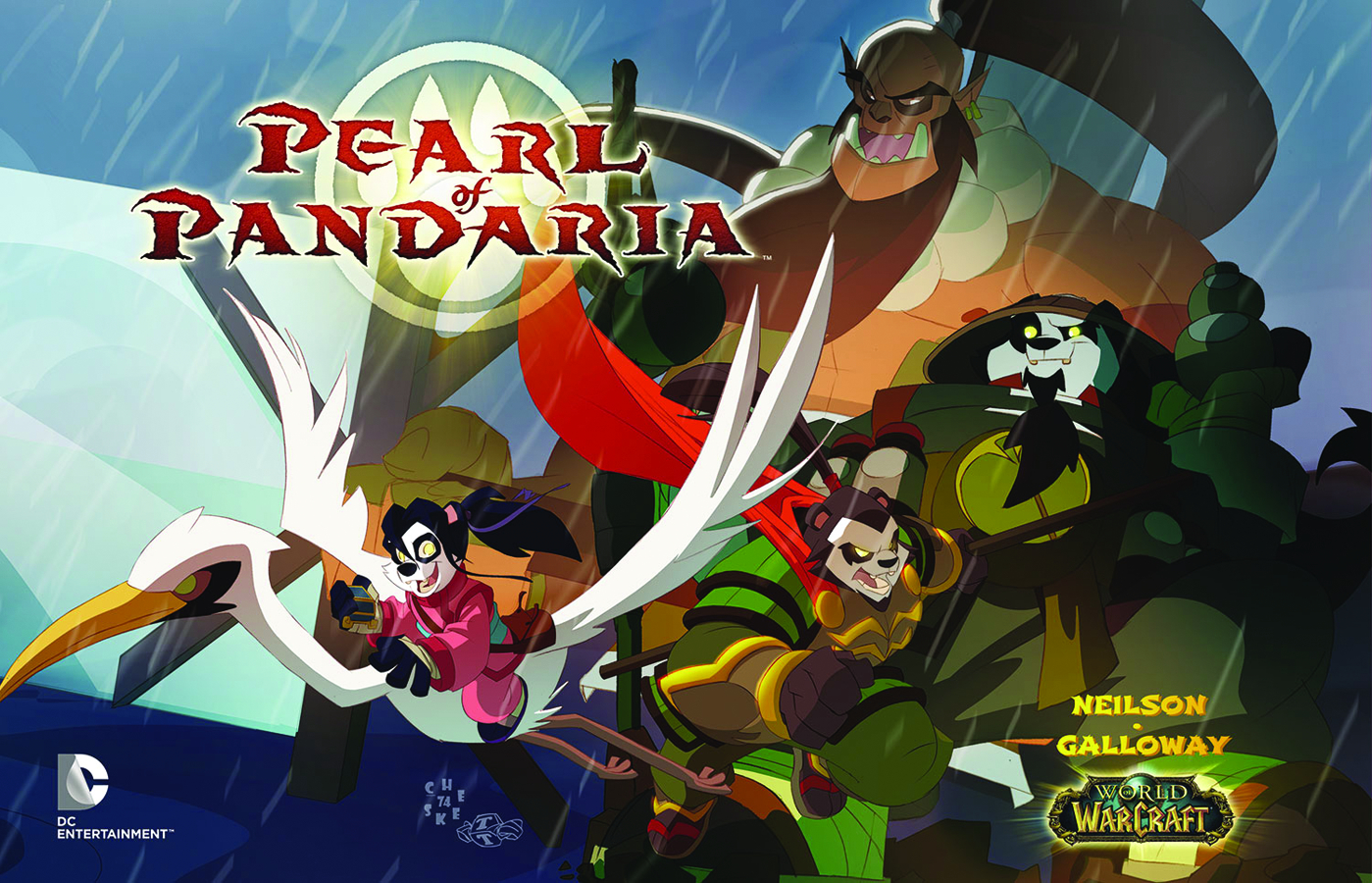 MAY120313
(W) Micky Neilson (A/CA) Sean Cheeks Galloway
In this enthralling original graphic novel published in a landscape format, you will meet the PANDAREN, one of the most beloved (and mysterious) races in World of Warcraft! Written by Blizzard's own Micky Neilson (the World of Warcraft MMORPG, World of Warcraft: Ashbringer and World of Warcraft: Curse of the Worgen), with art by fan favorite Sean "Cheeks" Galloway (TV's Teen Titans Go and WEDNESDAY COMICS), this story ties directly into the upcoming World of Warcraft: Mists of Pandaria expansion pack. The tale introduces Li Li Stormstout, a precocious young student who lives atop a giant turtle called Shen-zin Su. Like the rest of the wandering island's pandaren, Li Li comes from a line of adventurers who left their homeland long ago to explore the world...and she wants nothing more than to chase that dream. But when Li Li runs away to find her famous uncle Chen, how will she survive Azeroth's perils?