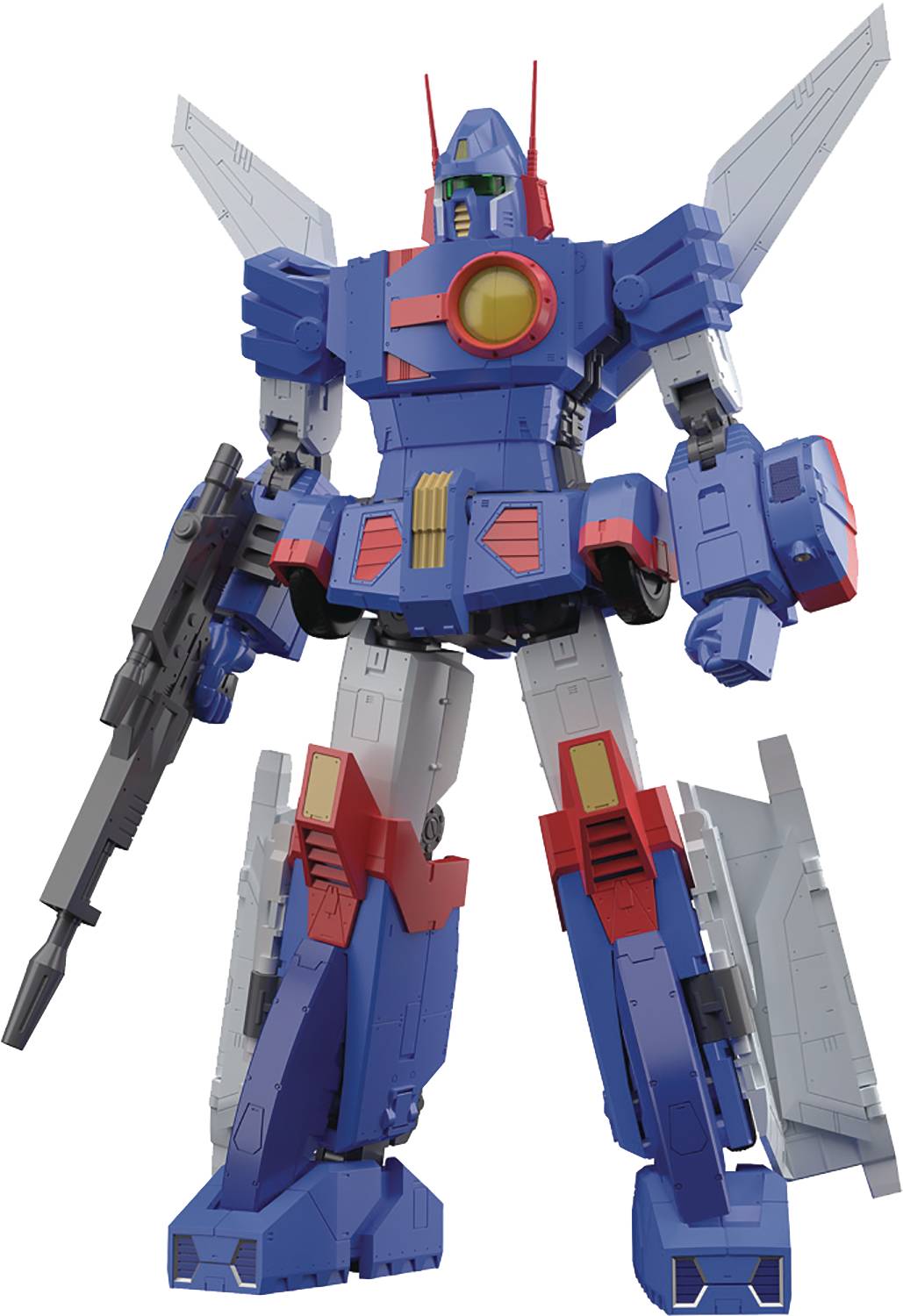 # # # # #
MAR229570
From Good Smile Company. From the anime series Combat Mecha Xabungle, now celebrating its 40th anniversary, comes a 1/100 scale plastic model kit of the walker machine Xabungle! The kit features unique transformation mechanisms allowing it to be transformed from each vehicle form into the combined walker form without the use of additional parts. For the first time in model form, its head window can be opened and closed! Miniature figure parts to display Jiron, Rag and Elchi piloting the mecha are included. Four types of armaments including a rifle, a four-barrel hand cannon, three-barrel bazooka and nine-barrel missile pod are included. The model features blue, white, red, yellow, grey and translucent (green, yellow) runners, closely resembling its color scheme from the series. The window parts are made with translucent parts.