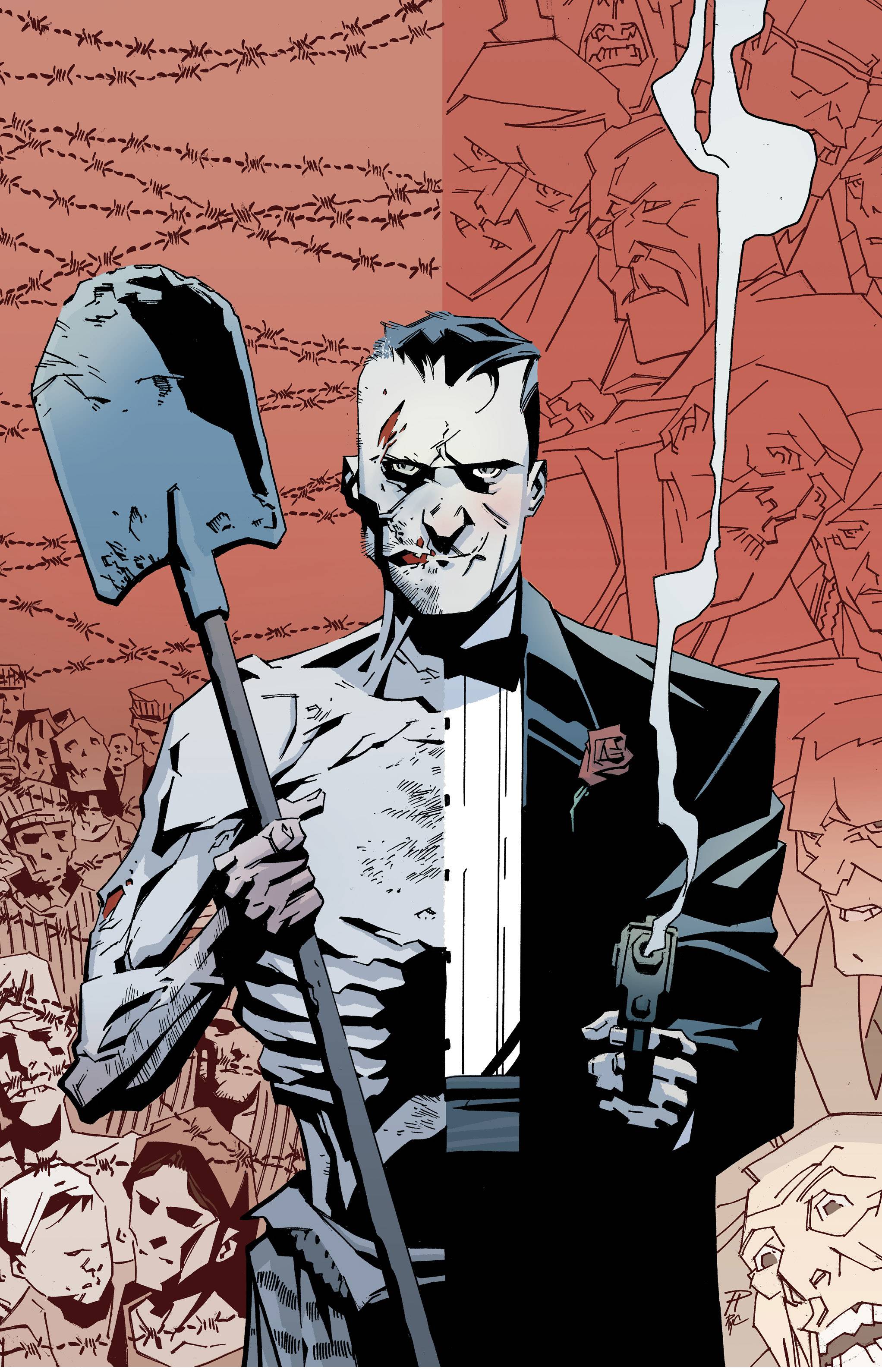 #
MAR221610
(W) Ibrahim Moustafa (A) Ibrahim Moustafa (CA) Dennis Calero
Where fiction meets reality. Where ordinary people living extraordinary adventures, here comes CLASSIFIED: JAEGER from spy comics mastermind IBRAHIM MOUSTAFA, the first volume in a new collection from the team that brought you NOIR IS THE NEW BLACK.
Haunted by the torture he endured in a Nazi POW camp during World War II, French-Algerian spy Idris Morel is hell-bent on exacting revenge against his captors. Tasked by MI6 to hunt down escaped Nazi war criminals with falsified death certificates, With the official sanction of a government colleague, Morel embarks on a one-man espionage mission to ensure that the escapees are brought to justice. On his quest for revenge, Morel must find redemption, or risk becoming like the very monsters he hunts.
Collecting the critically acclaimed, Eisner-nominated digital comic by Ibrahim Moustafa (COUNT, JAMES BOND) for the first time in print.
Also available with two explosive variant covers from Spy/Thriller comics experts Phil Hester (GREEN ARROW, THE ATHEIST, THE WRETCH) and Dennis Calero (X-MEN NOIR, ASSASSIN'S CREED, JAMES BOND).
In Shops: May 25, 2022
SRP: $15.99
ORDER WISH LIST