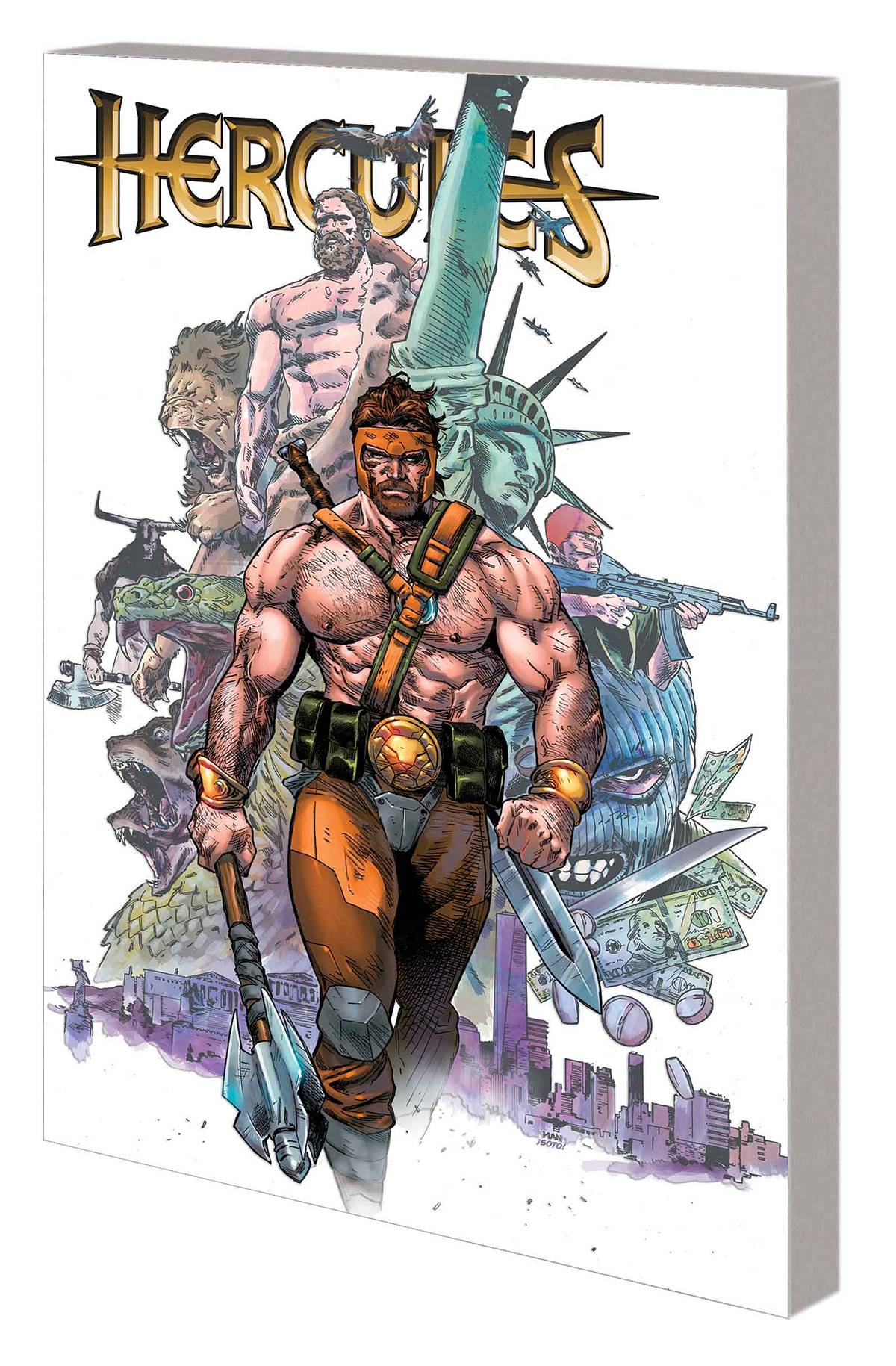 #
MAR160930
(W) Dan Abnett (A) Luke Ross, Emilio Laiso (CA) Clay Mann
The world's first super hero is getting back in the game to remind everyone why he set the bar for valor in the first place. Make way - Hercules is back! The creatures of ancient myth lingering in the present day are on the brink of extinction, with no place in the modern world. But Hercules has moved with the times, and only he can protect them against the crushing weight of the future. Clean, sober and determined, the Lion of Olympus gathers his deadliest weapons to face the Uprising Storm that threatens to wipe out the old ways forever - but which old friends and unlikely allies will stand with him? An age-old warrior battles to be a modern-day hero - and it will be legendary! Collecting HERCULES (2015) #1-6.
Rated T+
In Shops: Jun 08, 2016
SRP: $17.99
View All Items In This Series
ORDER WISH LIST