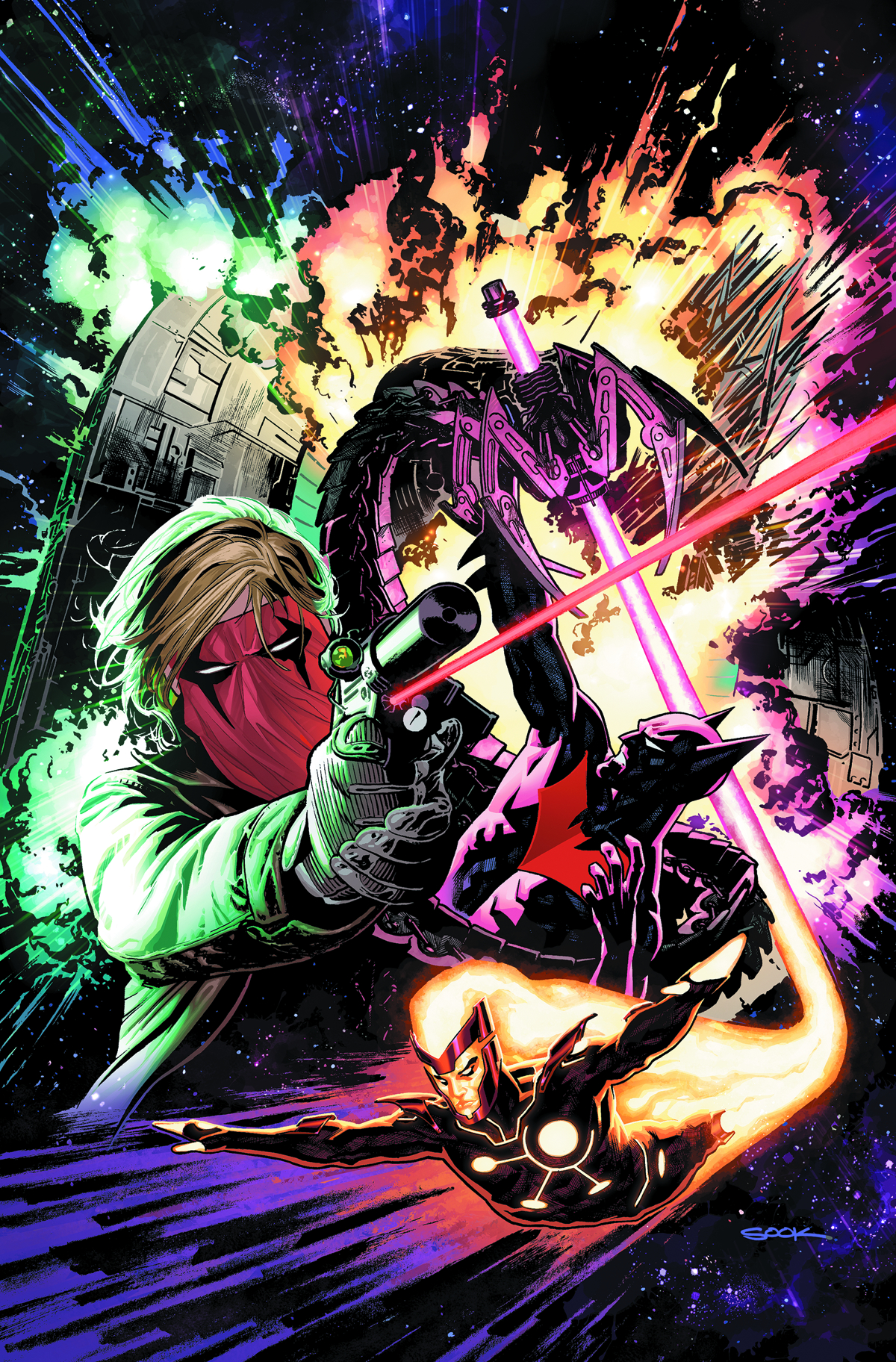 MAR140165
(W) Keith Giffen, Dan Jurgens, Brian Azzarello, Jeff Lemire (A) Patrick Zircher
Five years from now, the DC Universe is reeling from a war with another Earth, leaving the world unprepared for an approaching evil that threatens to destroy the future. Can a time-traveling Batman Beyond help a massive cast of the DCU's finest avert the impending apocalypse? Find out in this new weekly series that will forever alter the direction of The New 52! In this debut issue of The New 52's weekly series, Batman Beyond arrives five years later! Grifter turns against humanity! And a Justice League member DIES!
In Shops: May 07, 2014
SRP: $2.99
View All Items In This Series
ORDER WISH LIST