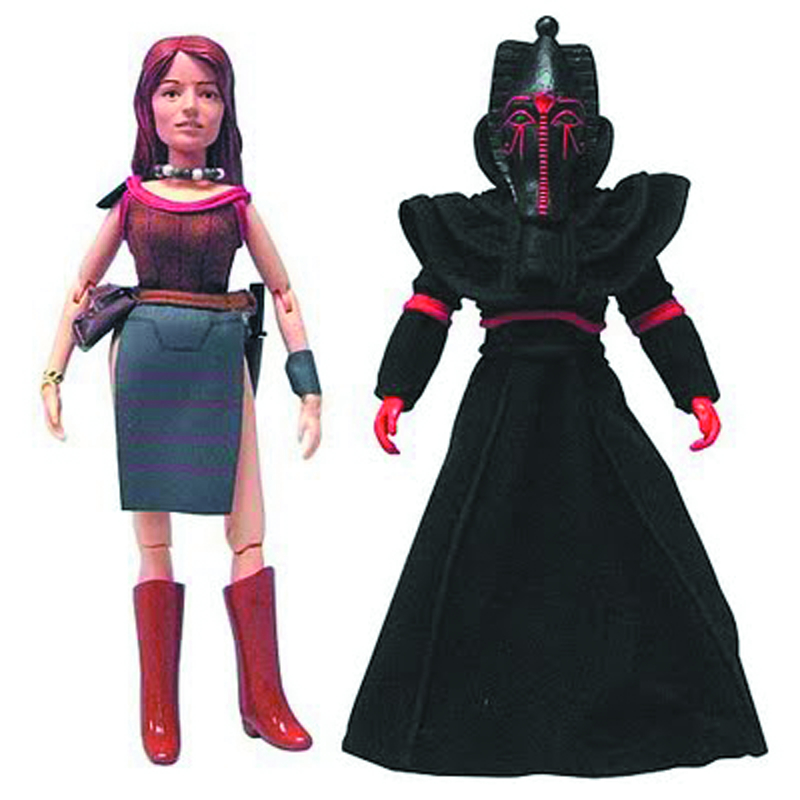 MAR131942
Travel through time and space with Doctor Who! Reminiscent of the best-selling action figures of the 1970s and 1980s, Bif Bang Pow!'s amazing Doctor Who figures stand 8" tall and feature episode-specific fabric clothing, in addition to multiple points of articulation. The evil Osirian god Sutekh from "Pyramids of Mars" and the fourth Doctor's companion Leela are based on the incredibly popular television series, and their figures embody that distinctive look and feel of the longest-running sci-fi TV series in the world. Blister card packaging.