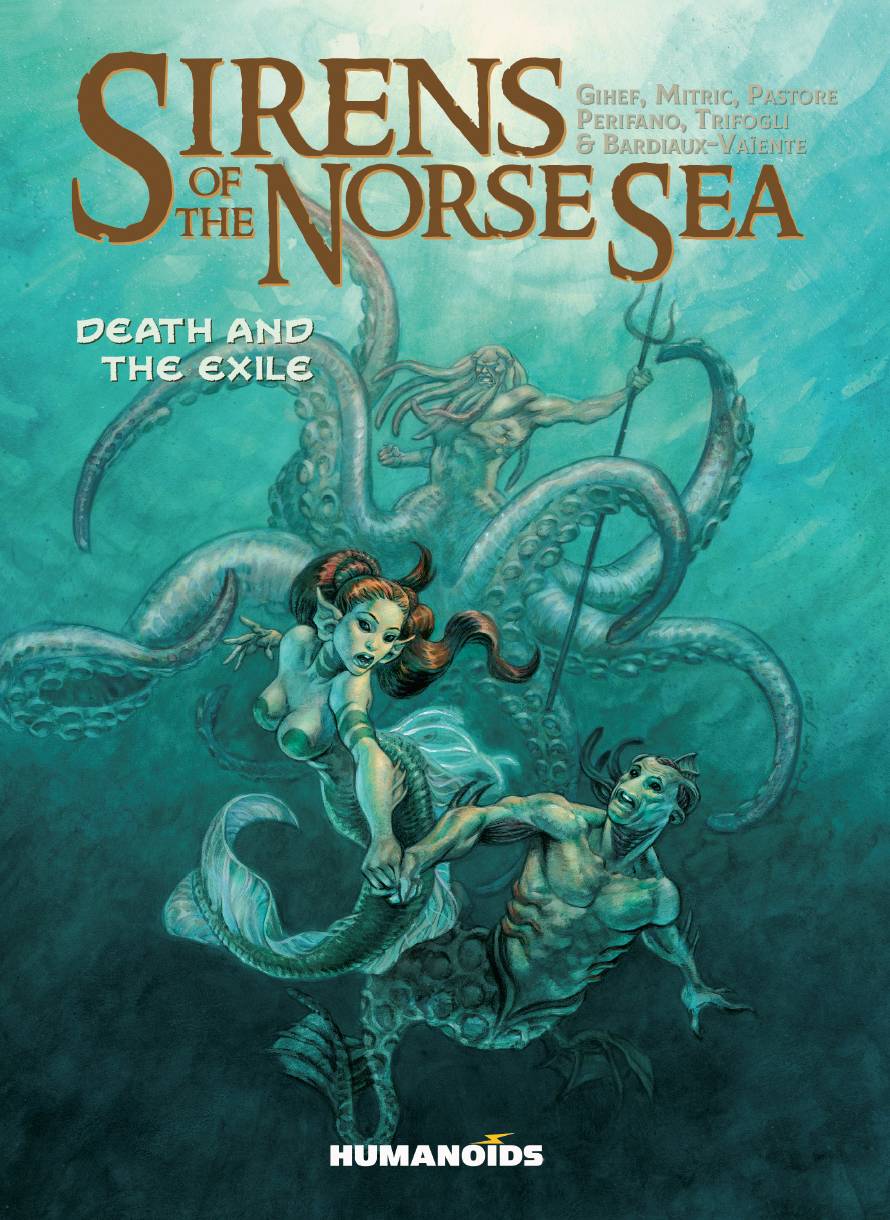 #
JUN221628
(W) Dave Bardin, Marie Bardiaux-Vaiente, Gihef (A) Francesco Trifogli, Maria Francesca Perifano, Livia Pastore
The second in a series of tales about the clans of fearless Vikings and mystical Sirens who face each other in a neverending battle over their greatest source of life: the sea.
A young merman struggles to master his powers over magic-and to keep secret a forbidden relationship. A Viking convinced that a mermaid murdered his eldest son seeks revenge against the world beneath the waves. Two races at war, their battles savage, bloody, and ultimately tragic-for their fates are intertwined far more than either side realizes.
In Shops: Aug 24, 2022
SRP: $19.99
ORDER WISH LIST