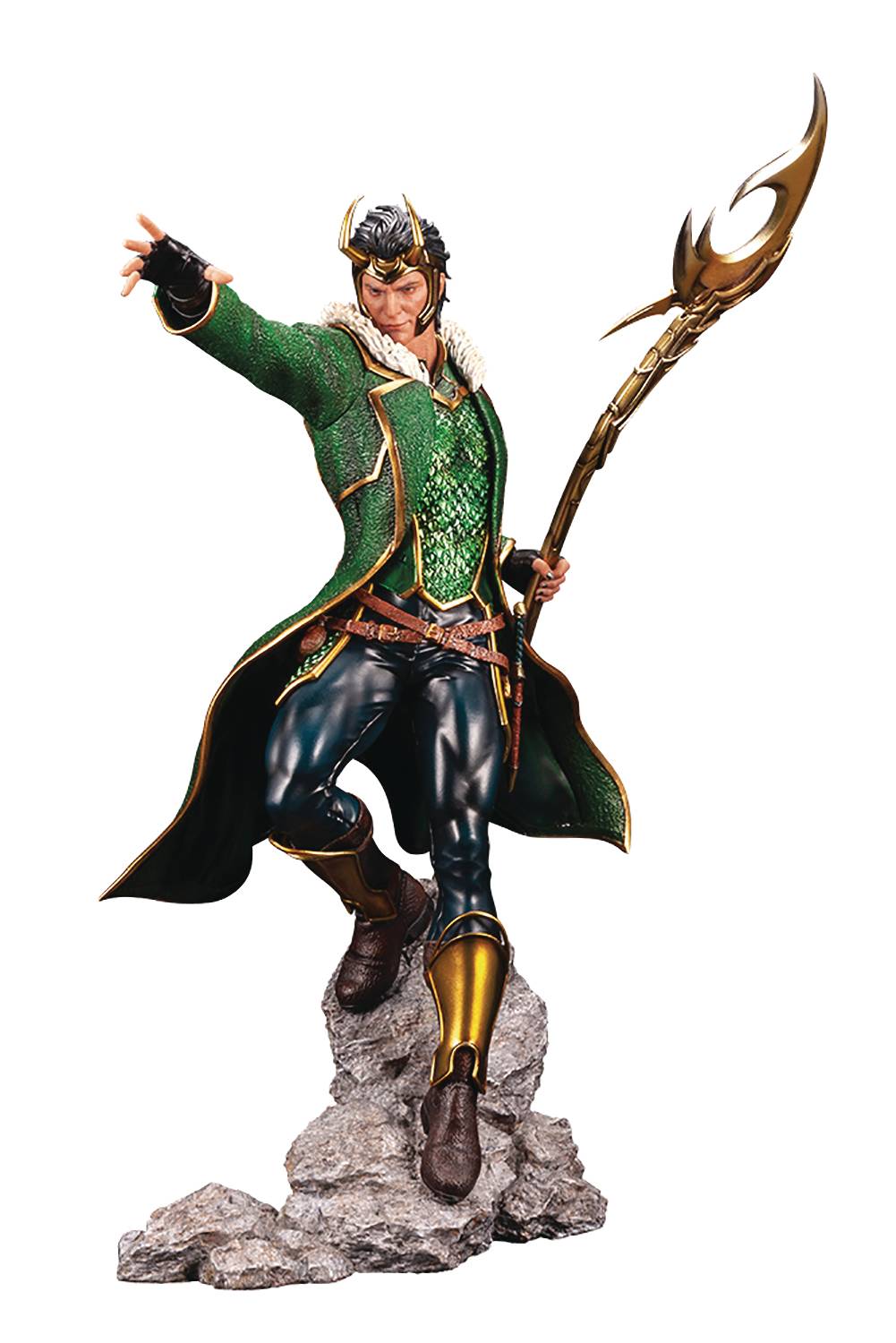 #
JUN198164
From Kotobukiya. The son of Odin and brother of Thor, as the god of mischief Loki often appears as a menacing force and enemy to the Avengers. The ARTFX Premier 1/10 scale rendition of Loki is outfitted with an unprecedented number of details and accessories that are fit for the gods! Loki's sly expression is recreated with perfect detail, and his metallic scale mail is recreated with a multiple different shades of metallic green paint. Loki wears a long coat based on the imagery of Asgardian gods, and his large scepter is painted with two different shades of gold, giving it the appearance of actual metal! The statue comes in sophisticated packaging overflowing with elegant details, including a marble inspired motif as well as an original illustration based on the figure.