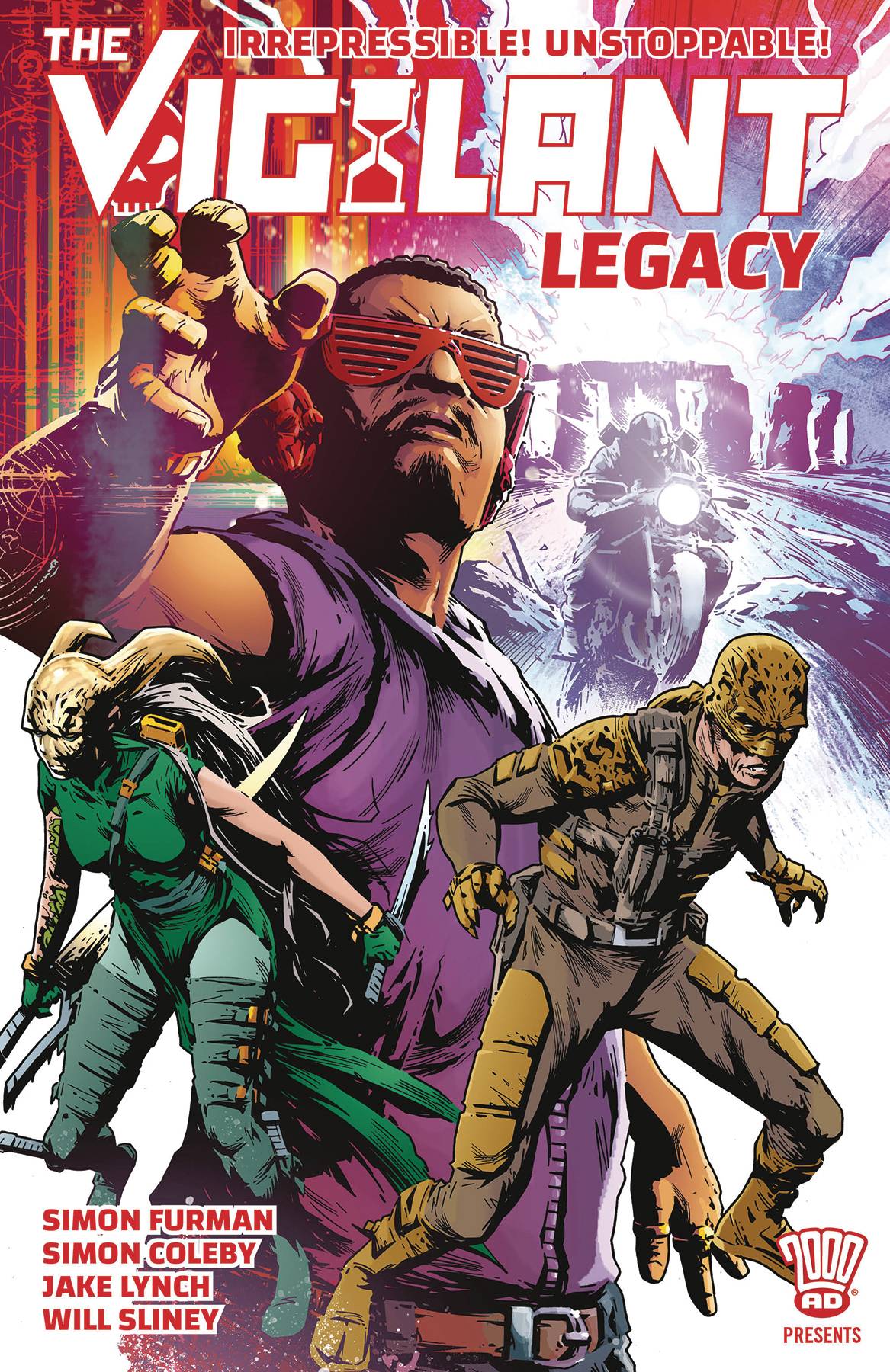 #
JUN191893
Many years ago, a team of strange, super-powered beings were brought together by the original Dr. Sin in order to stop a reality-spanning apocalyptic event known as "The Blood Rapture." That incarnation of The Vigilant were successful in their mission, but it came at a great cost. Years later, the evil Nazi genius Von Hoffman is now searching for dangerous artifacts which will enable him to kick-start Armageddon once again. While the new Dr. Sin and his fresh team of ragtag heroes are tested by new threats and interpersonal conflicts, Hoffman creeps closer to achieving his diabolical  goal. With the complete unraveling of all reality on the line, the stakes have never been higher for The Vigilant!
In Shops: Sep 04, 2019
SRP: $7.99