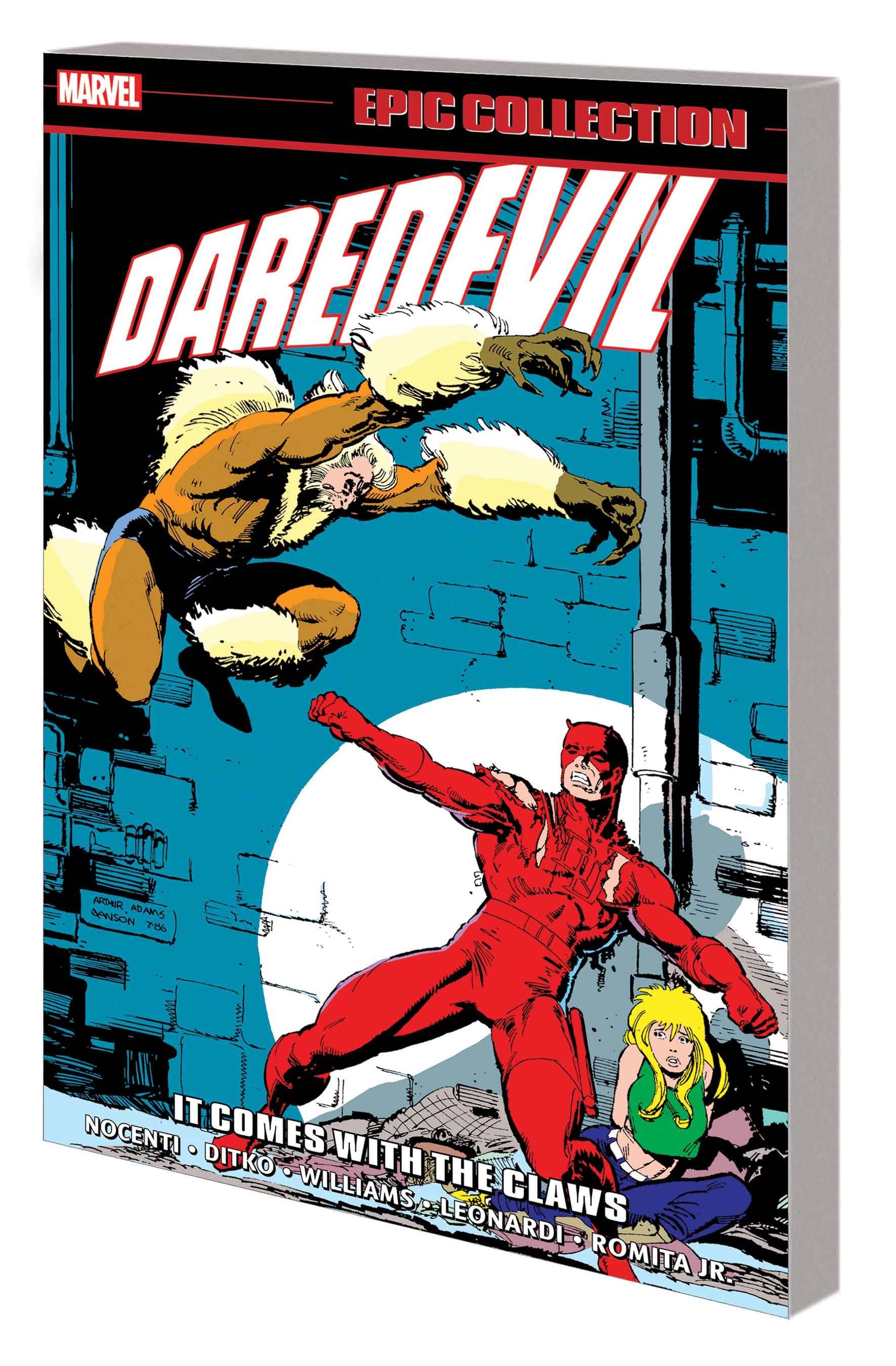 #
JUL220985
(W) Mark Gruenwald, Various (A) Steve Ditko, Various (CA) Arthur Adams
Daredevil takes on all comers! The Man Without Fear faces the maniac without pain: the irrepressible Madcap! But that's just a warmup for DD's rematch with one of his most powerful foes: Mister Hyde! And the hits just keep coming as Klaw, Master of Sound, makes some noise, Chance tries his luck and the savage Sabretooth crosses Daredevil's path right in the middle of the Mutant Massacre! Plus: DD's old flame, the Black Widow, returns - but will Matt seize a second chance at life with Karen Page instead? Meanwhile, Hell's Kitchen has more than its fair share of crime to fight - but why is Daredevil trading blows with Black Panther and Wolverine? And can a billy club stand up to adamantium claws? Collecting DAREDEVIL (1964) #234-252.
Rated T
In Shops: Nov 02, 2022
SRP: $44.99
ORDER WISH LIST