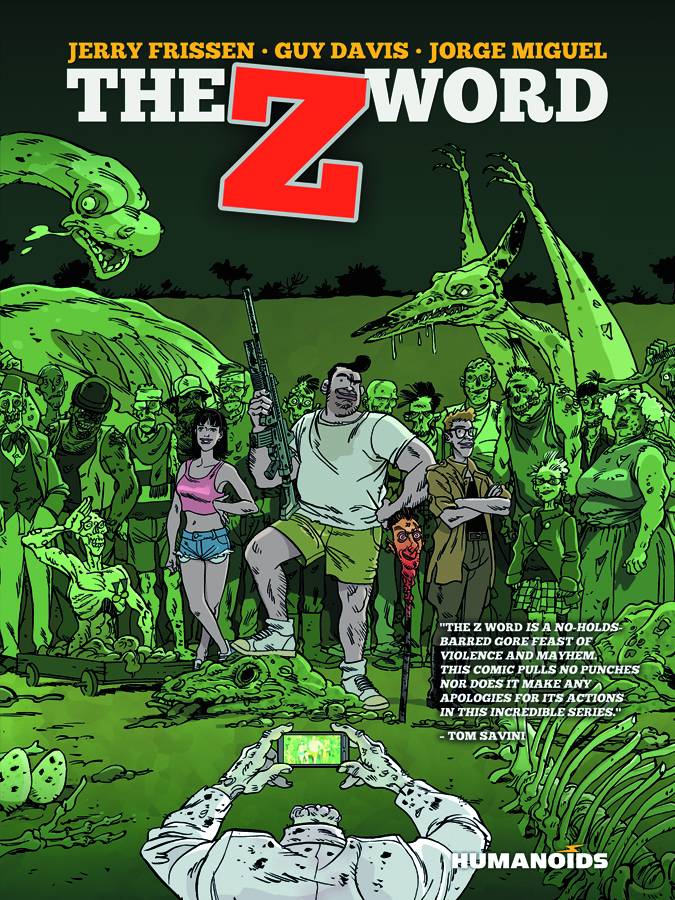 #
JUL151426
(W) Jerry Frissen (A) Guy Davis (A/CA) Jorge Miguel
Los Angeles, 2060s. In a world where humans have to coexist alongside the living dead, a new work opportunity arises: zombie pest control. Karl, his sister Maggie, and their Belgian friend Freddy Merckx, embrace this "career choice" in the hope of making some easy money. Not to mention enjoying the perks of the job, whether it's bashing zombies or sleeping with them. Collects the entire The Zombies That Ate The World series created by Jerry Frissen and Guy Davis.
In Shops: Sep 02, 2015
SRP: $39.95