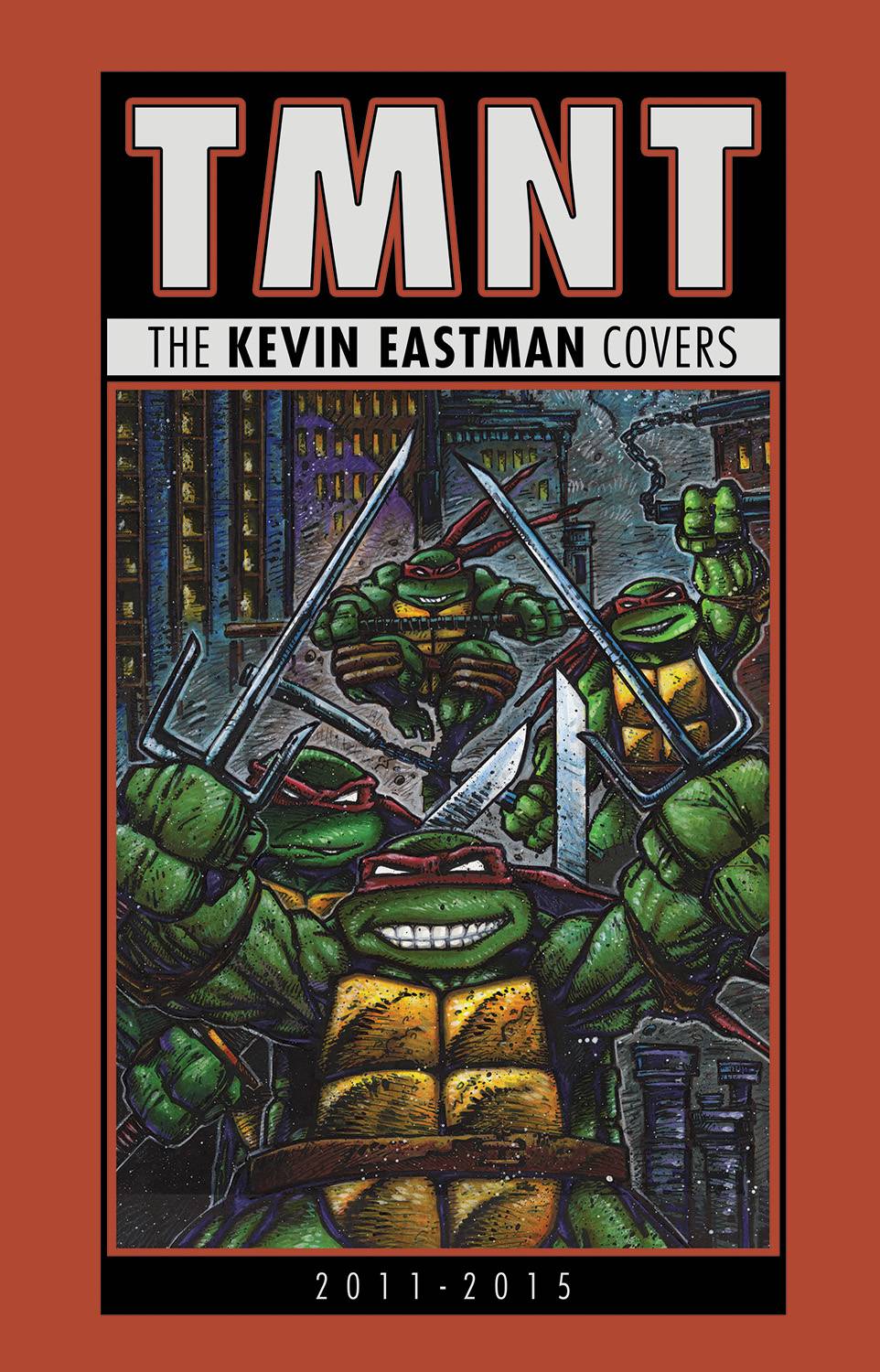 #
JUL150372
(A/CA) Kevin Eastman
IDW Publishing re-launched TMNT in 2011 and since then co-creator Kevin Eastman has been along to co-pilot the series and provide covers for more than 50 comic book issues! This special hardcover edition celebrates that milestone by presenting all of Kevin's IDW TMNT covers together. See sketches, blue lines, inks, finished covers, and even some " alternate takes" that never made it to the final printing. Utrom Empire, Secret History of the Foot Clan, Turtles in Time, and the ongoing... every new Eastman TMNT cover is here!
In Shops: Dec 02, 2015
SRP: $39.99
ORDER WISH LIST