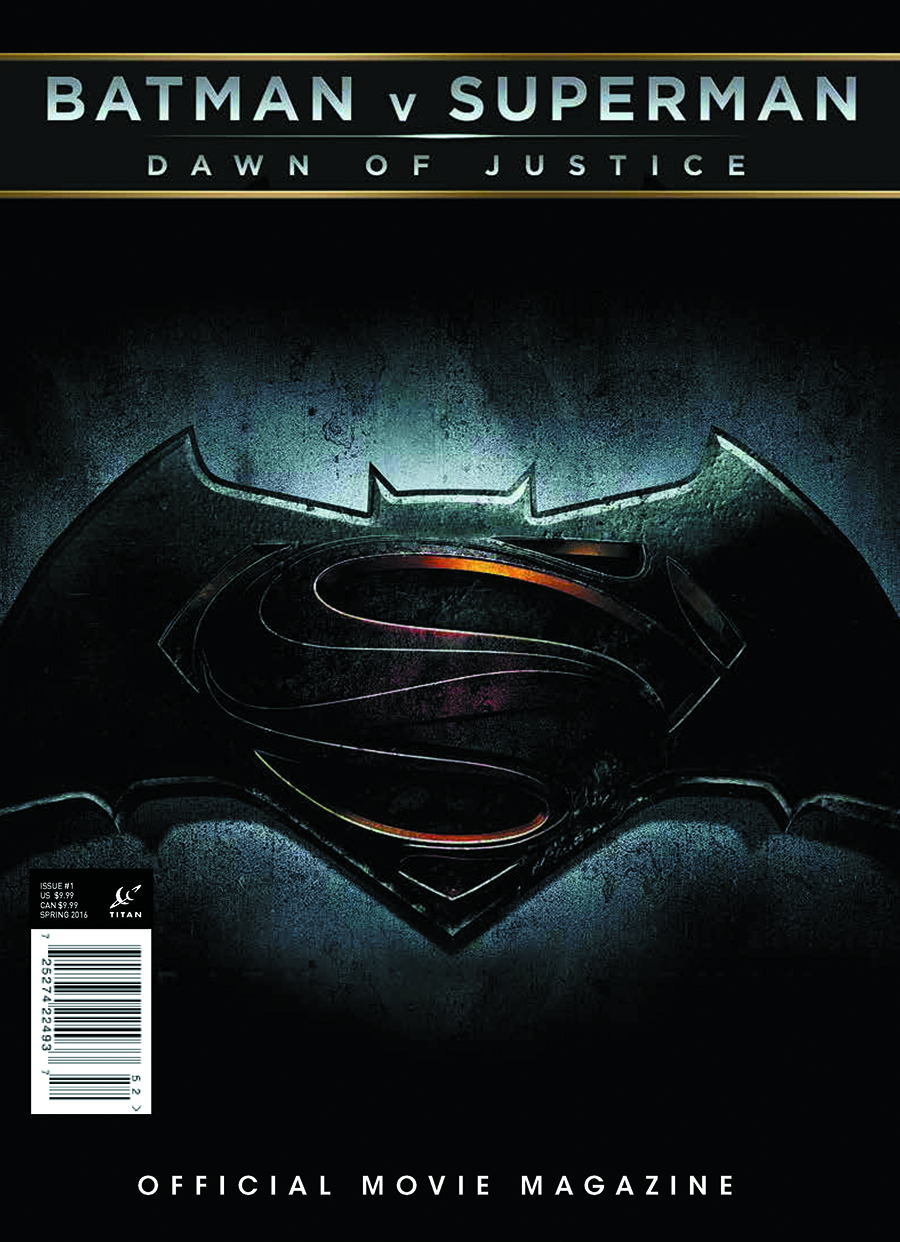 JAN161965
Batman vs. Superman: Dawn of Justice Magazine tells you everything you need to know about the blockbusting new movie that brings together DC Comics' most iconic heroes Batman, Superman, and Wonder Woman on the big screen for the very first time! Inside, you'll find revealing interviews with director Zack Snyder (Man of Steel, 300, Watchmen), plus stars Ben Affleck (Batman), Henry Cavill (Superman) and Gal Gadot (Wonder Woman)! Plus, you can hear from those who play the super heroes' friends and enemies, including Jesse Eisenberg (Lex Luthor), Amy Adams (Lois Lane) and Jeremy Irons (Alfred). Batman vs. Superman: Dawn of Justice Magazine is packed with 100 pages of stunning photography from the film, exclusive concept and production designs, and behind-the-scenes secrets from 2016's most eagerly awaited event movie!