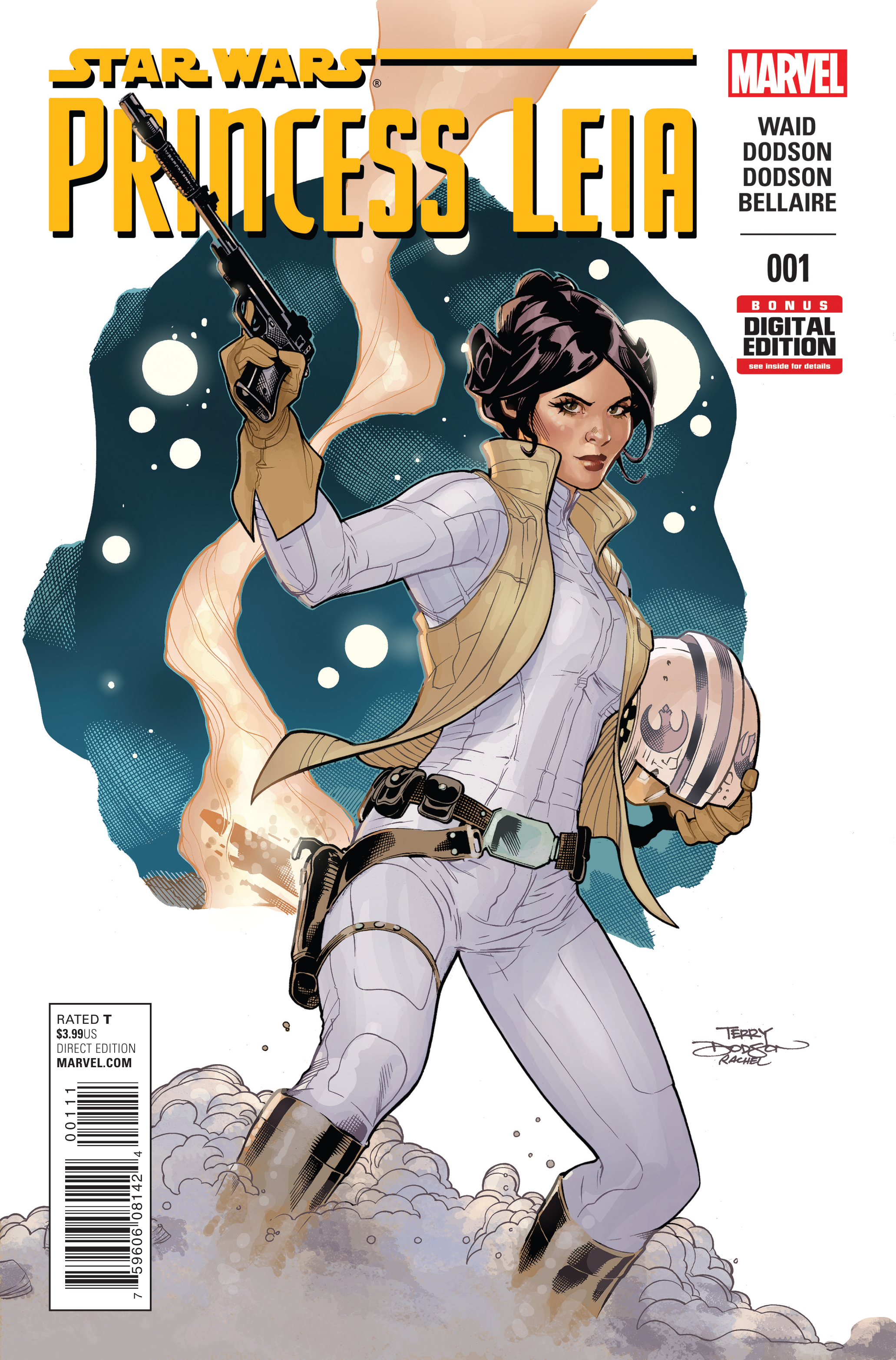 JAN150727
(W) Mark Waid (A) Rachel Dodson (A/CA) Terry Dodson
• When Princess Leia Organa was captured by the Empire as a Rebel spy, she never betrayed her convictions, even in the face of the complete destruction of her home world, Alderaan. When her rescue came, she grabbed a blaster and joined the fight, escaping back to the Rebel Alliance and helping strike the biggest blow against the Empire-the destruction of the Death Star. But in the aftermath of that victory, the question remains...what is a princess without a world?
•  Writer Mark Waid (Daredevil, S.H.I.E.L.D.) and artist Terry Dodson (Avengers & X-Men: Axis, Uncanny X-Men) bring us a story of Leia's quest to help her people and find her place in the galaxy.
Rated T
In Shops: Mar 04, 2015
SRP: $3.99
View All Items In This Series