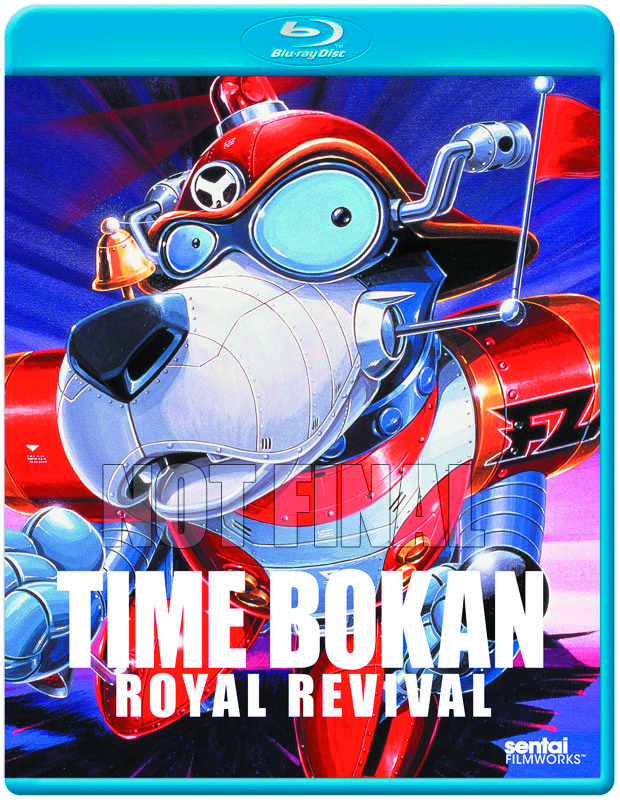 JAN142384
From Sentai Filmworks! The Japanese public goes crazy when it's announced that the beloved and long running classic anime Time Bokan will be remade. There's just one problem: the original show was broken into multiple separate series featuring multiple teams of heroes pitted against multiple teams of almost identical villains, so how to choose which ones will star in the remake?  Unwisely discarding the idea of a public opinion poll, the producers instead insanely opt for a race between the bad guys in their favorite mecha. Which might not be a completely bad idea, except for the fact that they're all cheaters and saboteurs, and none of them have ever created a mecha that didn't eventually self-destruct in an extremely violent fashion! In a race between these born losers, the only winner is the audience, as the villains from Time Bokan, Yatterman, Zenderman, Otasukeman, Yattodetaman, Ippatsuman and Itadakiman compete for the dubious privilege of getting the crap beaten out of them once again! It's Grand Theft Mecha vs. Super Moron Kart as the baddies slam, bash and dirty trick each other to the finish in Time Bokan: Royal Revival! Available in Blu-Ray and DVD formats.