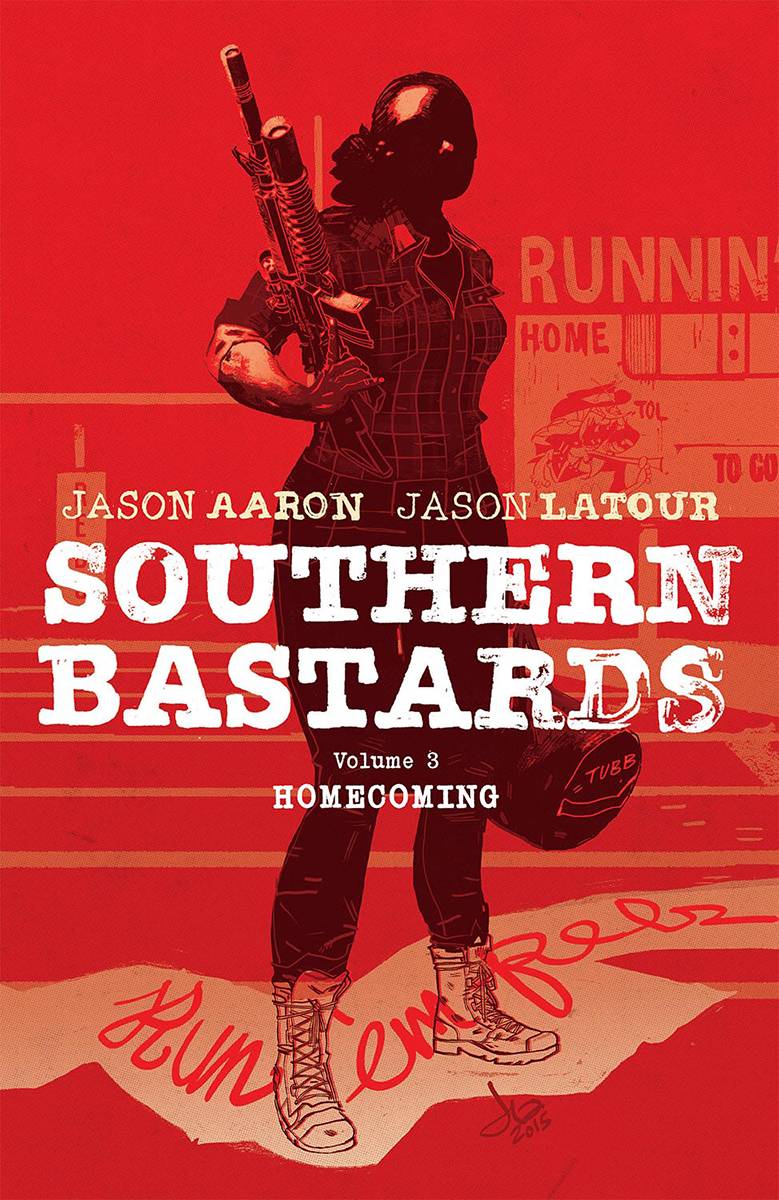 #
FEB160707
(W) Jason Aaron, Jason Latour (A) Chris Brunner (A/CA) Jason Latour
The Craw County Runnin' Rebs are gearing up for the most important, and bloody, game of the year. Everyone in town has a stake in it. Six stories. Six bastards. One southern-fried crime series.
Collecting SOUTHERN BASTARDS #9-14.
In Shops: Jul 13, 2016
SRP: $14.99
View All Items In This Series