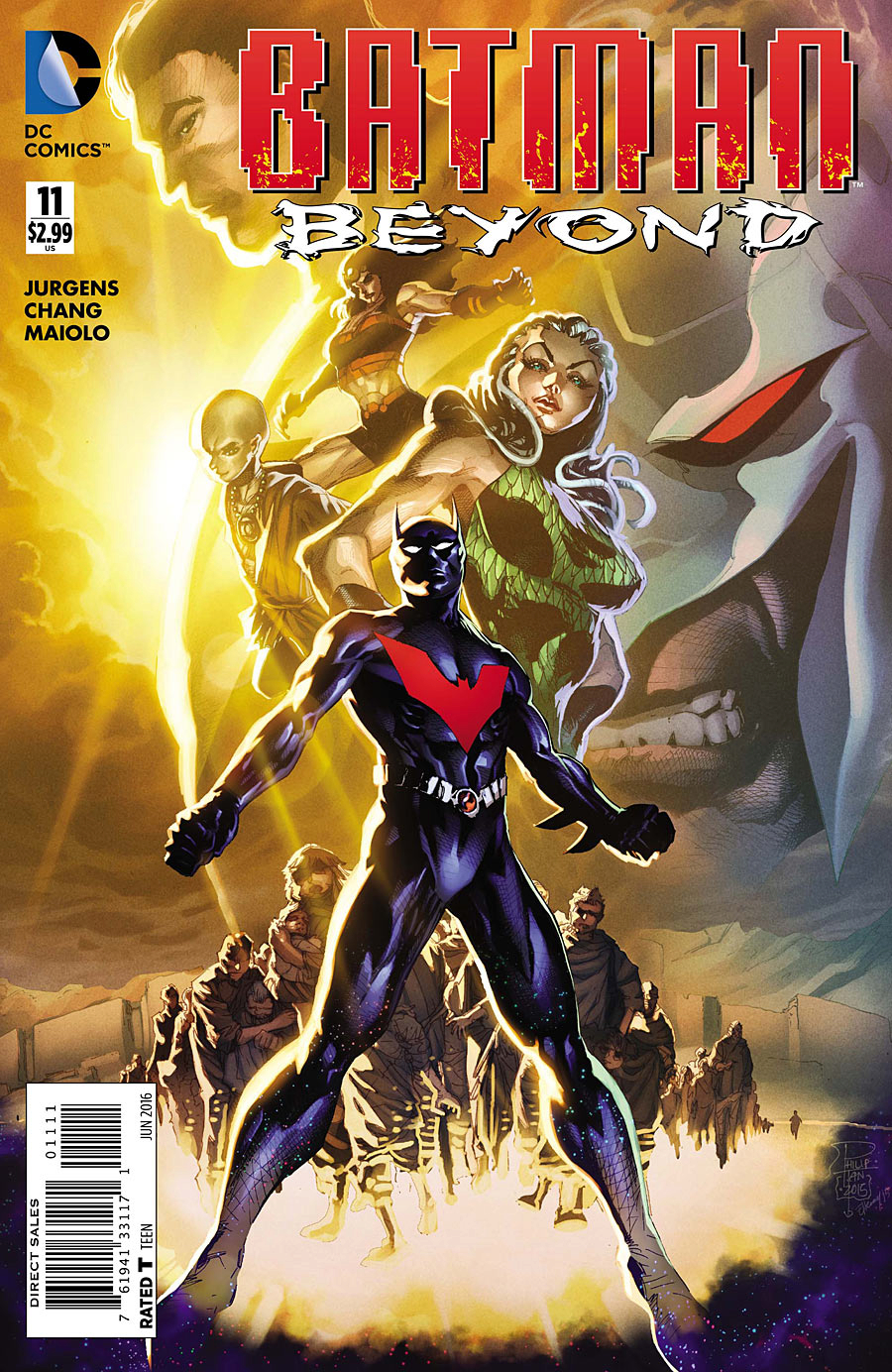 FEB160193
(W) Dan Jurgens (A) Bernard Chang (CA) Philip Tan
Growing tensions between the citizens and refugees of Neo-Gotham have finally erupted into full-on revolt! The city's in disarray and Batman's fighting for his life-not just against the Splicers of Metropolis, but against the Justice League itself! A new power and a new ally will be key if Batman is to have any hope of leading both cities to the freedom they seek in this new world.
In Shops: Apr 06, 2016
SRP: $2.99
View All Items In This Series