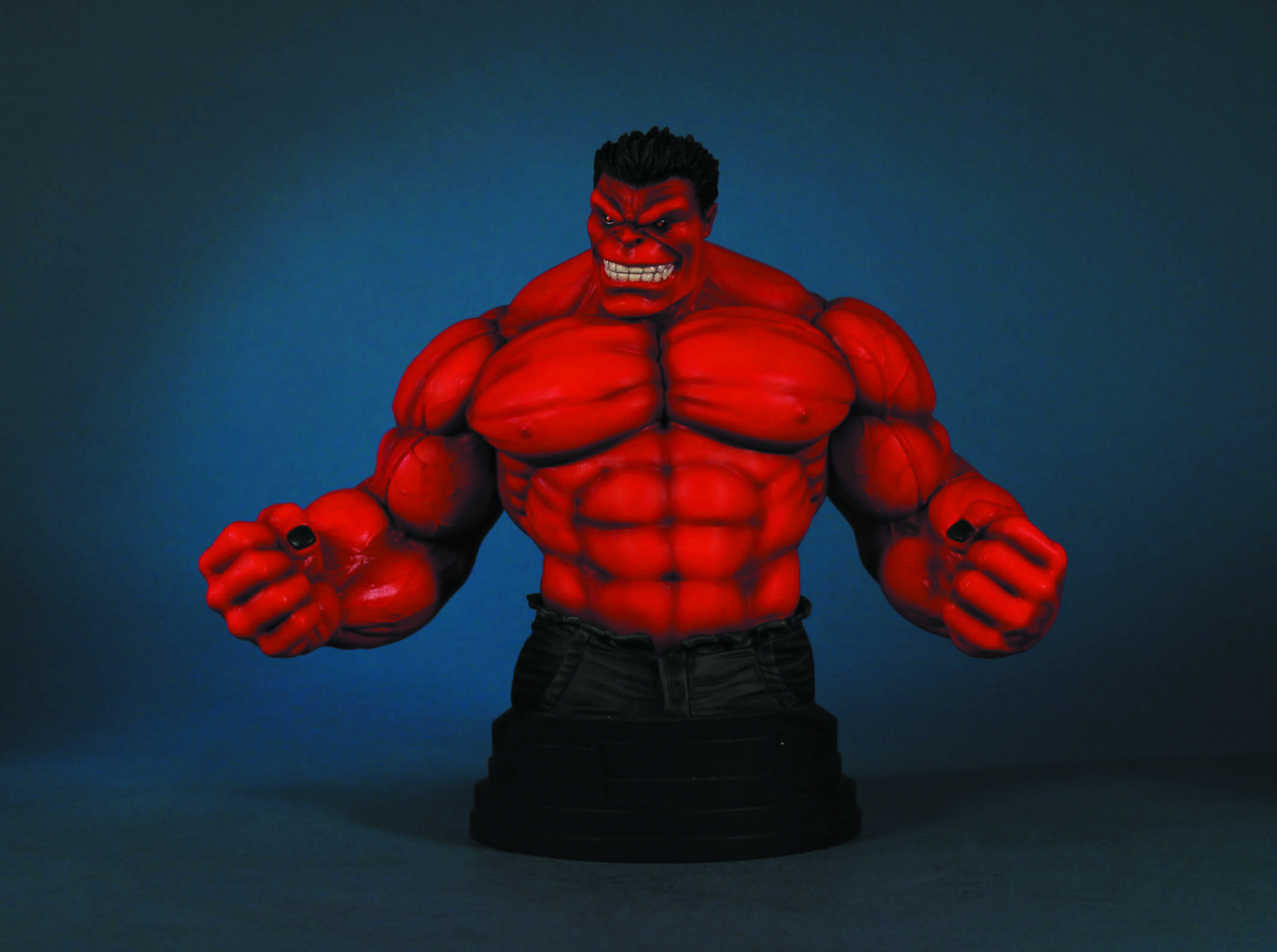 FEB128281
A Gentle Giant Sculpt! Absolutely uninhibited, tactically intelligent. It's hard to find a more dangerous combination than the Red Hulk! General Thaddeus E. "Thunderbolt" Ross has been hunting the Incredible Hulk since that particular Green Giant stormed onto the scene in the 1970's. After having tried everything with no success, he decided to make one last, desperate try. He enlisted in a new generation of the Super Soldier program and turned himself into a red version of his most hated foe. After faking his alter-ego's own death, the Red Hulk went on a rampage through the Marvel universe to draw out the Hulk, defeating some of the most powerful heroes and leaving a trail of destruction in the process. He was ultimately defeated and captured by the Hulk and turned over to the custody of Steve Rogers, better known as Captain America. Now reformed and forced to stay in his monstrous form to protect his secret identity, the Red Hulk serves as one of Earth's Mightiest Heroes, the Avengers! Sculpted with an exacting eye for detail by Gentle Giant's top artisans and standing at an impressive 7" tall, 8" wide, this bust is "mini" in name only. Cold cast in hard, durable poly-stone, this limited edition collectible is hand numbered with a matching Certificate of Authenticity.