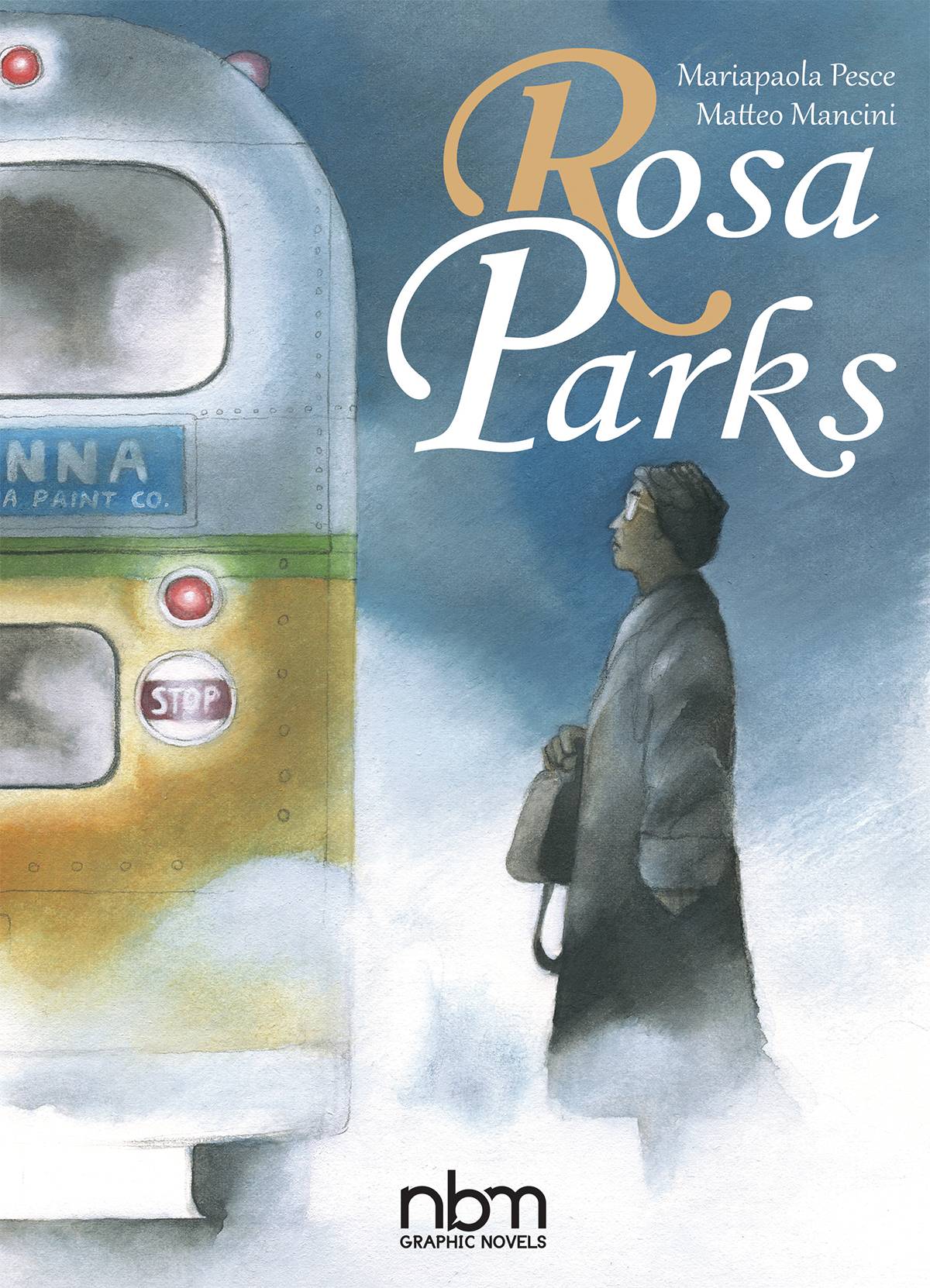 #
DEC211729
(W) Mariapaola Pesce (A) Matteo Mancini
Montgomery, Alabama, December 1, 1955: at the end of the working day, 42-year-old Rosa Parks, a black leather dressmaker, takes bus 2857, heading home. She sits in a center row, but when a white passenger gets on after a few stops, the driver asks her to get up to give him her seat, as required by the rules. Rosa knows them well: the blacks sit in the back, the whites in front, while the center seats are mixed and can only be used if all the others are occupied, but the whites retain priority. "No," Rosa replies, she doesn't intend to get up. That simple refusal turns her into a heroine of black rights, engaged in the fight against segregation that oppresses Alabama and other southern states, becoming the propellant of the historic bus boycott in Montgomery led by Martin Luther King. This is her story shown in a context of why it is still so resonant today.
In Shops: Feb 16, 2022
SRP: $19.99
ORDER WISH LIST