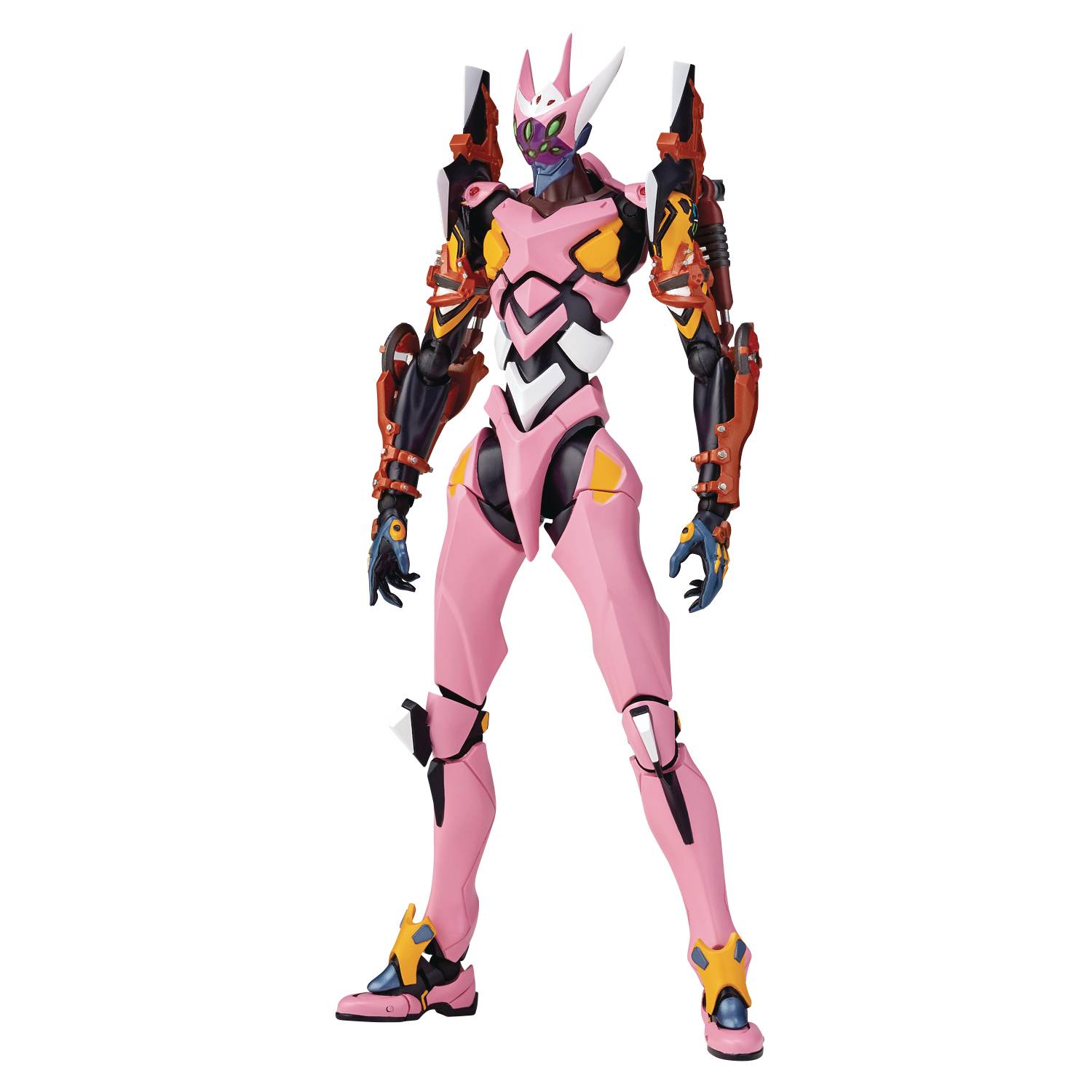 # # # # # # # #
AUG218365
From Kaiyodo. Evangelion Unit 08 Gamma from Shin Evangelion Theatrical Version joins Kaiyodo's Evangelion Evolution action figure  lineup! This completely new figure reproduces the final appearance of Mari Makinami's mount, strengthened with parts collected from Euro NERV. The biggest feature is the equipment added to reinforce both arms; the exoskeleton that covers the entire arm is precisely made, and the cylinder of the upper arm that connects the shoulder and elbow expands and contracts thanks to a ball joint. The original arms are also included. Unit 08's body is able to flex, bend, warp and twist due to ball joints in the hips and a movable shaft. Various special weapons taken from the dragon carrier and four types of the special armaments used by Unit 02 Alpha at the climax of the film are included, along with a signal stop plug and Weapon-holding hands for the new Unit 02 Alpha.