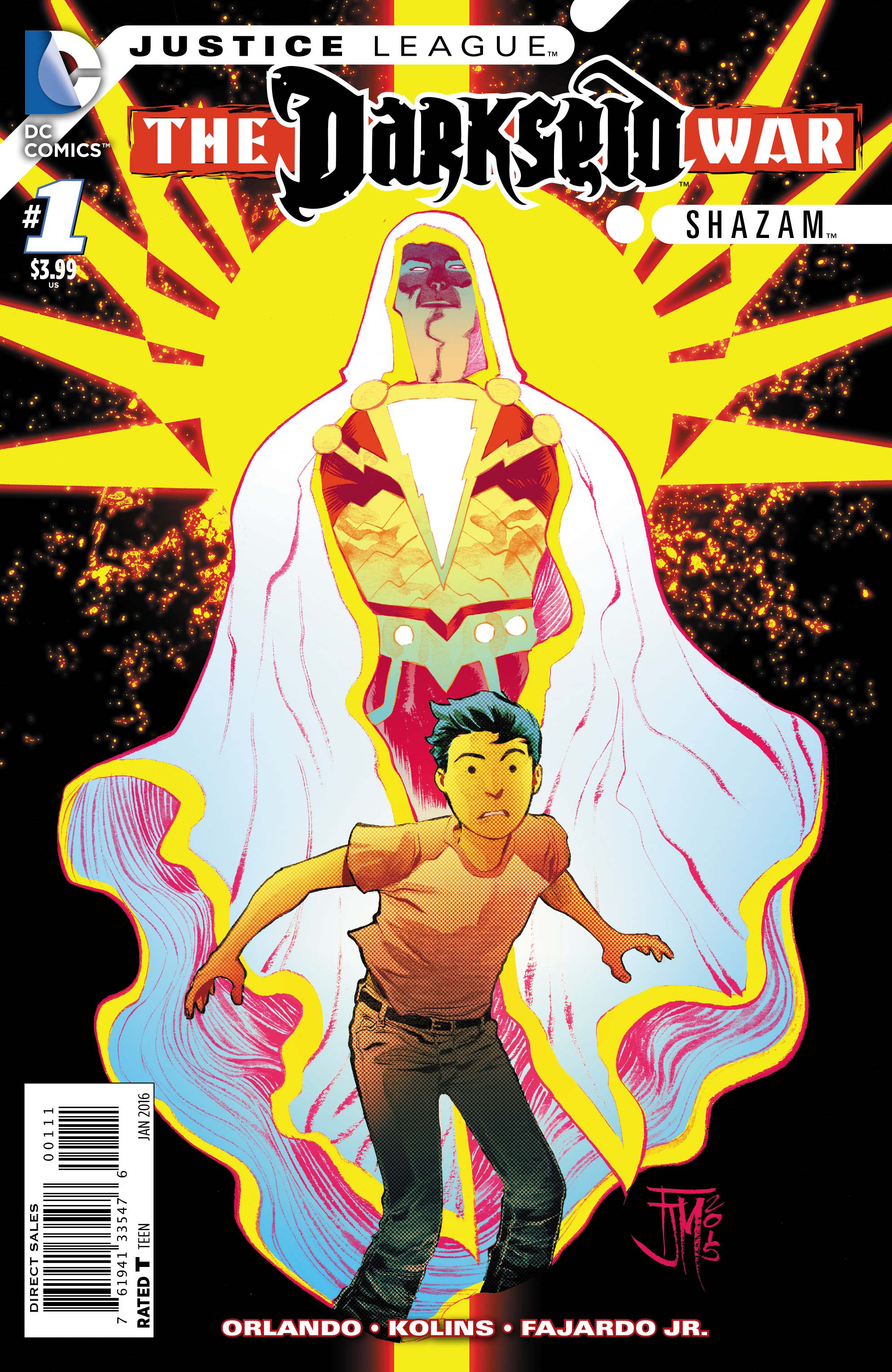 AUG150173
(W) Steve Orlando (A) Scott Kolins (CA) Francis Manapul
A boy becomes an army of Gods! No longer does Billy Batson have access to the powers of the Old Gods. Now, he commands the combined might of Highfather, Mantis and other New Gods. But these Gods are not passive. And they will sooner destroy Billy than give up control of their power.
In Shops: Nov 11, 2015
SRP: $3.99