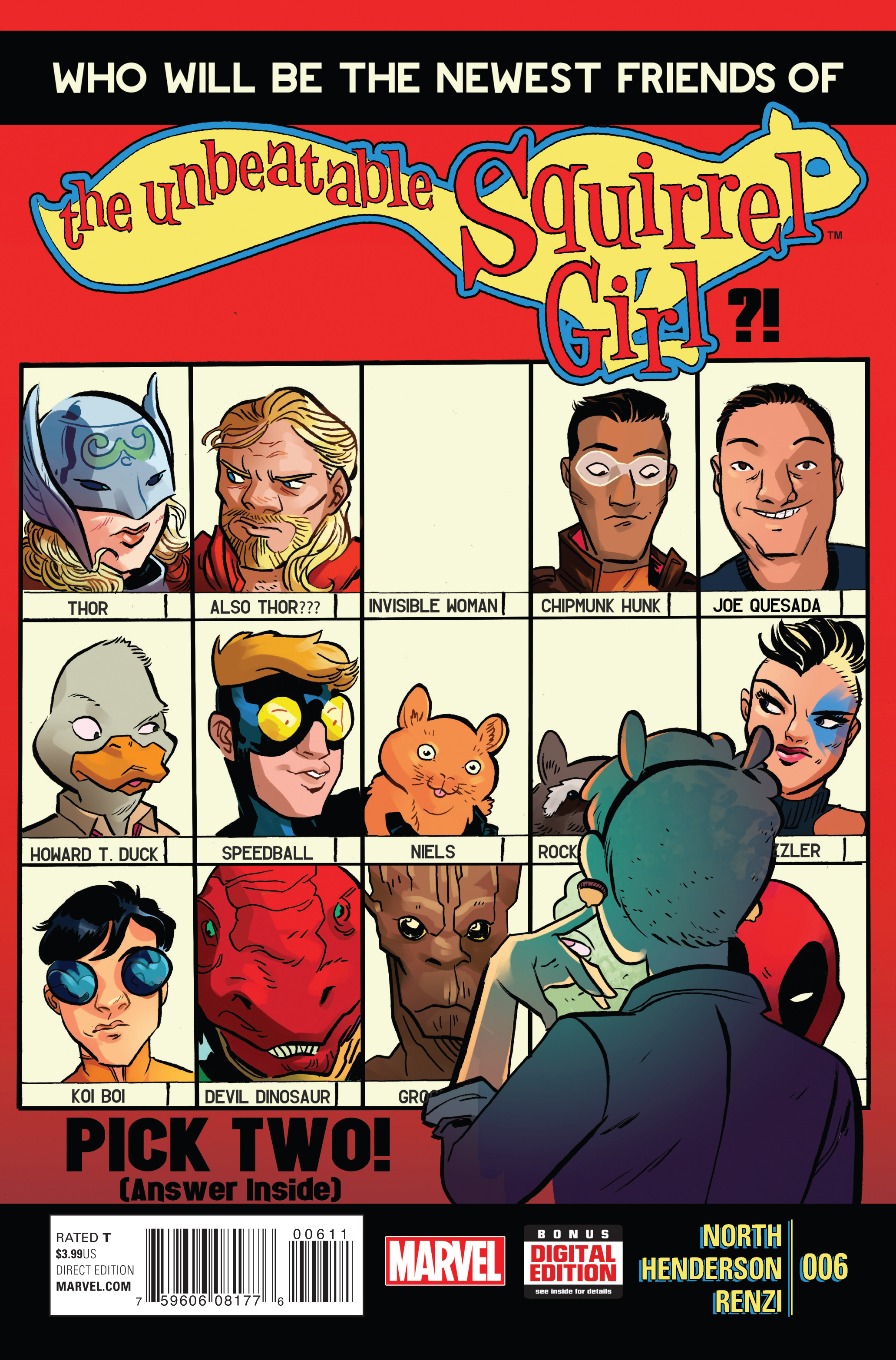 APR150890
(W) Ryan North (A/CA) Erica Henderson
• The start of a new arc!  Squirrel Girl meets some potential new allies, including... GIRL SQUIRREL??
•  I don't know why we put question marks there; it's actually what happens!
•  Also a hippo named "Hippo" is in this issue!  This character already existed and we absolutely did NOT make him up at the last minute!
•  ALSO THERE'S FIGHTS!!  AND EVEN SOME FEELINGS!
Rated T
In Shops: Jun 03, 2015
SRP: $3.99
View All Items In This Series