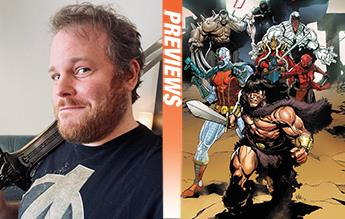 What did Conan do? SAVAGE AVENGERS' new writer, David Pepose explains why the barbarian is being targeted by the Marvel Universe!