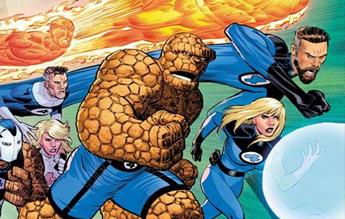 This year, Marvel Comics proudly celebrates the 60th anniversary of the Fantastic Four with a giant-sized issue worthy of the iconic super hero’s team monumental legacy!

The Future of Ikaris and the Eternals is Threatened in 'Eternals Forever #1'
Jul 13, 2021

Get Graphic: Camille Richardson is The Black Widow
Jul 06, 2021