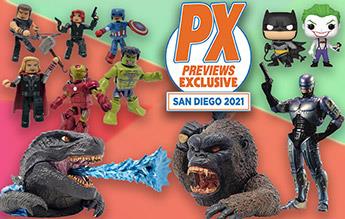 This summer’s big show may be may be cancelled, but the convention floor is coming to your local store with Diamond's San Diego 2021 PREVIEWS Exclusives -- 21 sensational items to be revealed from May 5-14.