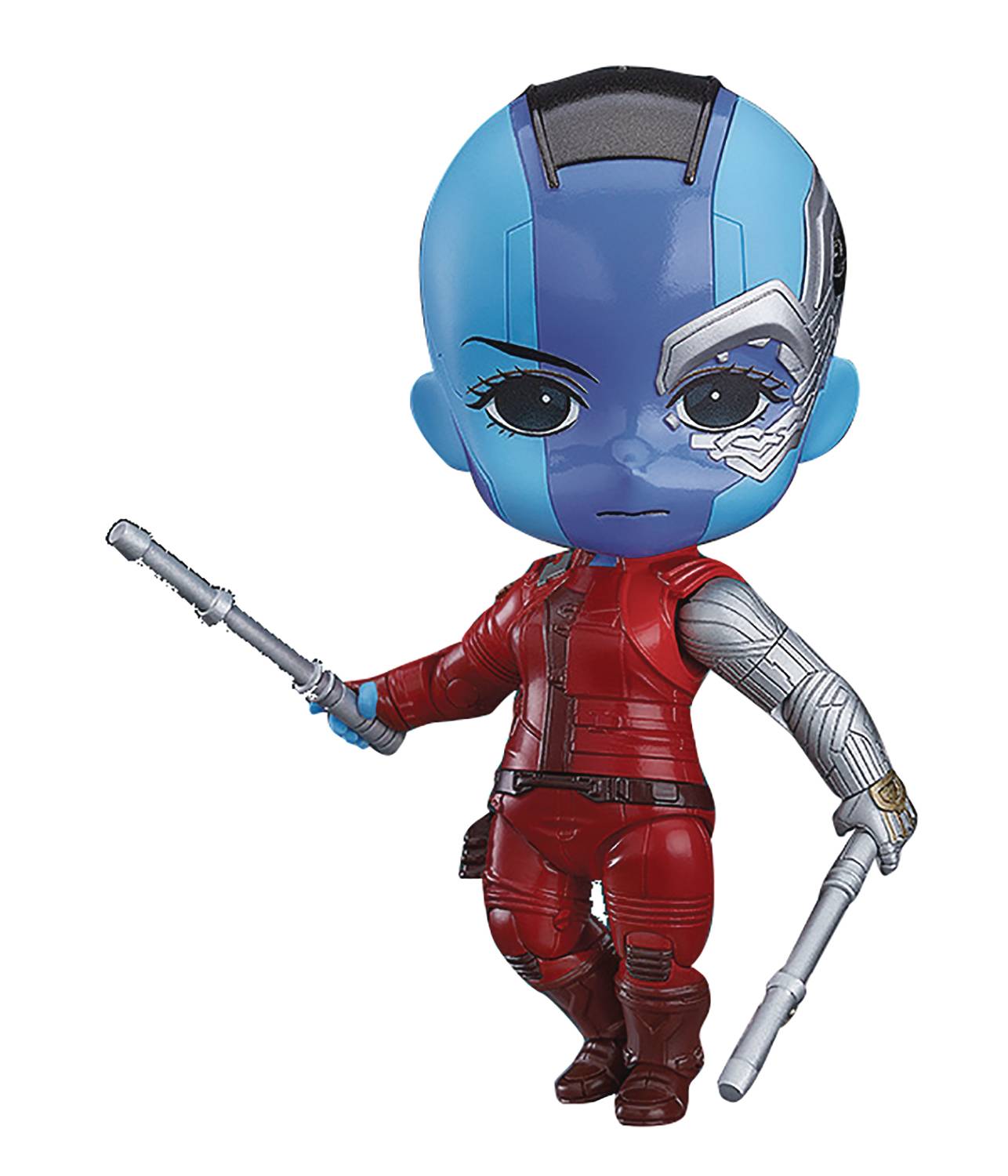 # # # # # #
JUL208682
From Good Smile Company. From Avengers: Endgame comes a Nendoroid of Nebula! The Nendoroid is fully articulated, allowing you to recreate all kinds of action-packed poses. She comes with two face plates including a standard expression and a combat expression.She comes with her batons and blaster as optional parts for recreating Endgame's battle scenes. The DX version comes with the Power Stone and a damaged arm part stripped down to her cybernetics, plus orange face parts and a sleeveless right arm! A special Nendoroid base to recreate the final battle scene of the movie is also included.