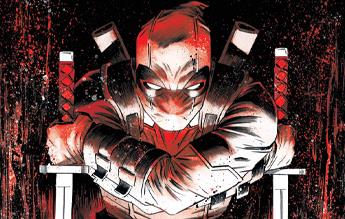 Celebrate 30 Bloody Years of the Merc with the Mouth with Deadpool: Black, White, and Blood
Mar 01, 2021

Deadpool: Black, White, and Blood will be packed with Deadpool’s wildest stories to date, all depicted in a prestige black and white format—with a heavy splattering of blood all over!

The Kaiju are Unleashed in the Trials of Ultraman Trailer
Feb 23, 2021