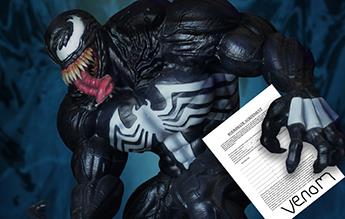 Towering over most people at around 7 feet in height, Venom's classic comic style design has been accurately recreated for collectors whose budgets know no bounds. This is the ultimate Venom collectible for the ultimate Venom fan.