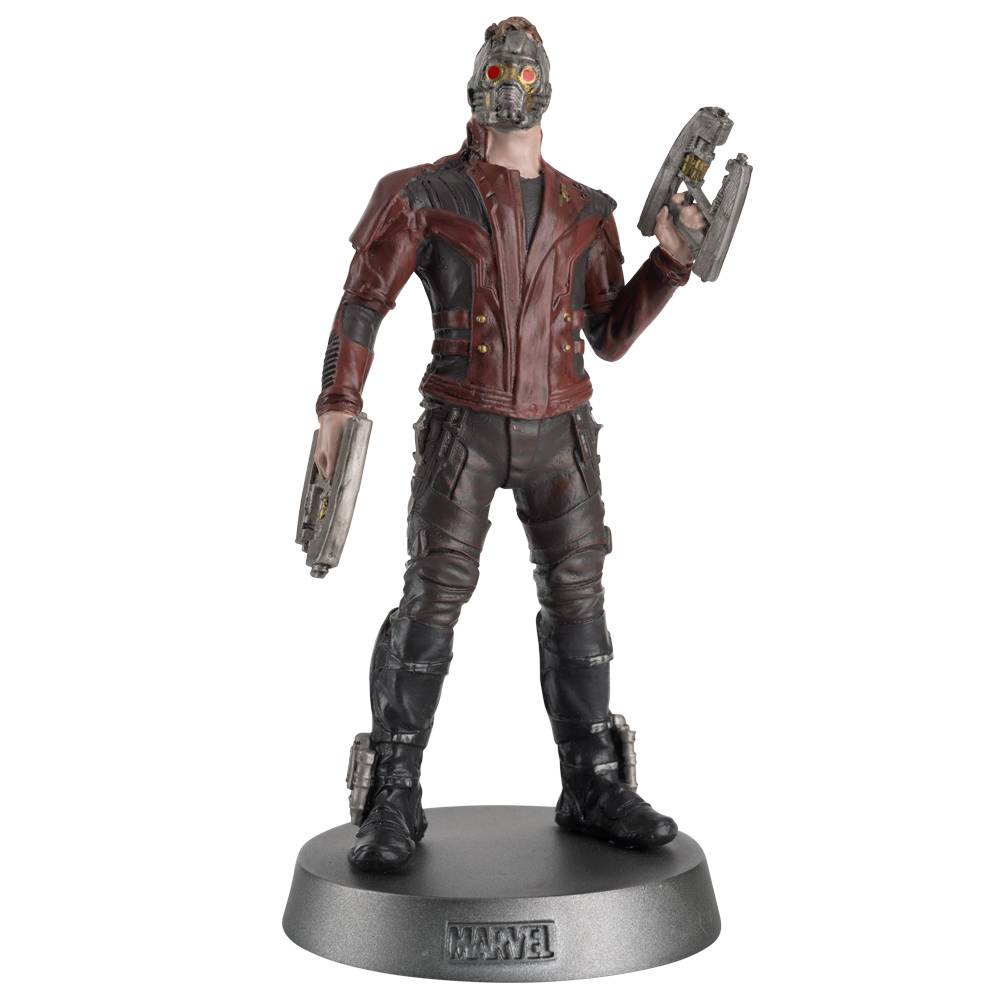 # # # # #
JAN211985
Loudmouth leader of the Guardians of the Galaxy, Peter Quill found a true family in his ragtag band of interstellar heroes. Yet his peace was shattered with the arrival of Thanos, adopted father to Gamora and Nebula - who sought the Soul Stone, and the infinite power that came with it...
This detailed 1:18 figurine depicts actor Chris Pratt as Peter Quill in Marvel Studios' Avengers: Infinity War, wearing Star Lord's breathing mask and dual-wielding quad blasters! Meticulously hand-painted, the model captures Star Lord ahead of his battle with Thanos on Titan.
In Shops: May 26, 2021
SRP: $49.95
View All Items In This Series