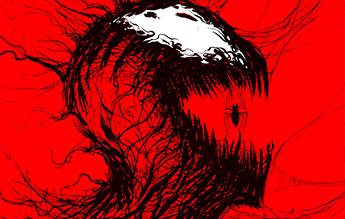 Beware, True Believers, these spine-chilling tales are not for the faint of heart and presented in BLACK, WHITE AND BLOOD!

Marvel's Darkhawk Reclaims His Destiny as the Hero's 30th Anniversary Kicks Off
Jan 14, 2021

Nightcrawler Leads the Way to the X-men's Future in New Series
Jan 08, 2021