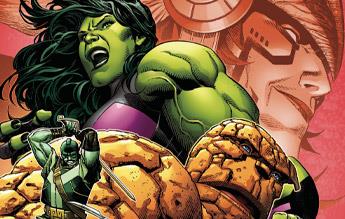 Warning! Spoilers inside for Empyre #4! As the intergalactic conflict known as Empyre rages on, love has prevailed for two of Marvel’s most beloved heroes!

Alex Ross Offers a Look into the Making of a Timeless Mural in Marvel’s NYC Office
Jul 28, 2020